INDONESIA AND CHINA ON TUESDAY AGREED TO STRENGTHEN THEIR DEFENSE COOPERATION, INCLUDING THE JOINT PRODUCTION OF MISSILES, THE ANTARA NEWS AGENCY REPORTED. 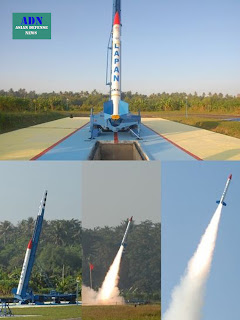 Indonesian Deputy Defense Minister Sjafrie Sjamsoeddin and Chen Qiufa, head of the Chinese Technological and Industrial Development Agency signed a Memorandum of Understanding (MoU) for the technical cooperation in the defense sector.
The agreement includes the supplying of military equipments, transfer of technology of certain military equipment, joint-marketing, and training programs, according to Brig.Gen. Wayan Midhio, spokesman for the Defense Minsitry.
Indonesia and China also agreed on establishing a joint-missile production in the future through strategic weaponry industry. The Indonesian army currently uses Chinese made missiles.
The Indonesian Defense Forces (TNI) equipped some of its warships with the Chinese C-802 rockets. China is recognized worldwide for it successful development of military equipment.
The Asian giant has been able to develop a medium-range ballistic missile (MRBM) called Dong Feng 21 (DF-21), which is two-stage, solid-propellant, single-warhead system.
On Thursday, Indonesia announced that it plans to produce 1,000 R122 rockets to support its defense system through the Technology Assessment and Application Agency.
The project would be carried out from 2012 to 2014, time in which the Indonesian government also plans to develop a "remote pilot vehicle" and an "area vehicle" as well.
*Link for This article compiled by Roger Smith from reliable sources Asian Defense News
*Speaking Image - Creation of DTN News ~ Defense Technology News
*This article is being posted from Toronto, Canada By DTN News ~ Defense-Technology News
Contact:
dtnnews@ymail.com