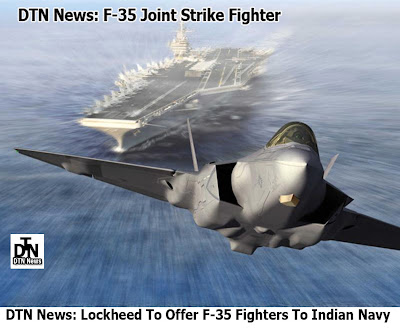 to meet Indian Navy's requirements for carrier-based combat aircraft. "We have received the Request for Information (RFI) from the Navy seeking information about the F-35 aircraft, which are capable of taking off from aircraft carriers. We are going to offer our aircraft to them," Lockheed Martin vice president Orville Prins said here. He said presentations had been given to the Indian Navy about both the 'B' and 'C' versions of the aircraft in the recent past.
The B version of the F-35 is a short take-off and vertical landing aircraft and the C version is an aircraft carrier-based version. The Navy, which will acquire the under-construction Indigenous Aircraft Carrier around 2015, is likely to build another larger-size carrier and is looking to procure fighter aircraft for it. American Boeing, Swedish Saab, European EADS and the French Dassault Aviation are also likely to offer their aircraft to the Navy. Commenting on other projects of the company in India, Prins said the C-130 J Hercules aircraft are likely to be delivered to the IAF by February next year, two months ahead of the original schedule. He said IAF is also planning to order six more aircraft as the construction of ground infrastructure is also going on schedule at the Hindan air base near here. Prins said the IAF has also shown interest in the air to air refuelling tanker-version of the C-130J, which can be offered to it by the company. The Lockheed official said that talks are on with agencies such as the National Disaster Management Authority (NDMA) for supplying another C-130J variant known as the 'weather-bird' WC-130J, which can be used to study cyclones and other weather phenomenon. He said the aircraft might be brought to India for the next edition of Aero India show in February 2011.
The Lockheed Martin F-35 Lightning II is a fifth-generation, single-seat, single-engine stealth multirole fighter that can perform close air support, tactical bombing, and air defense missions. The F-35 has three different models; one is a conventional takeoff and landing variant, the second is a short take off and vertical-landing variant, and the third is a carrier-based variant.
The F-35 is descended from the X-35, the product of the Joint Strike Fighter (JSF) program. Its development is being principally funded by the United States, with the United Kingdom and other partner governments providing additional funding. It is being designed and built by an aerospace industry team led by Lockheed Martin with Northrop Grumman and BAE Systems as major partners. Demonstrator aircraft flew in 2000, with the first flight on 15 December 2006.
The United States intends to buy a total of 2,443 aircraft for an estimated US$323 billion, making it the most expensive defense program ever. The USAF's budget data in 2010 projects the F-35 to have a US$89 million flyaway cost based its planned production of 1,753 F-35As. Lockheed Martin expects to reduce government cost estimates by 20%.
The F-35C carrier variant's maiden flight took place on 7 June 2010, also at NAS Fort Worth JRB. The 57 minute flight was executed by Lockheed test pilot Jeff "Slim" Knowles, who was the chief test pilot for the F-117 program.
A total of 11 U.S. Air Force F-35s are to arrive in Fiscal Year 2011.
According to DTN News sources, Lockheed Martin formally expressed its interest to sell F-35s to India. It is also known that the Indian Navy has shown interest in buying the F-35B. Lockheed Martin has offered ‘B’and ‘C’ versions of the F-35 fighters aircraft to meet Indian Navy’s requirements for carrier-based combat aircraft.
Posted by DEFENSE NEWS at 7:25:00 AM No comments: 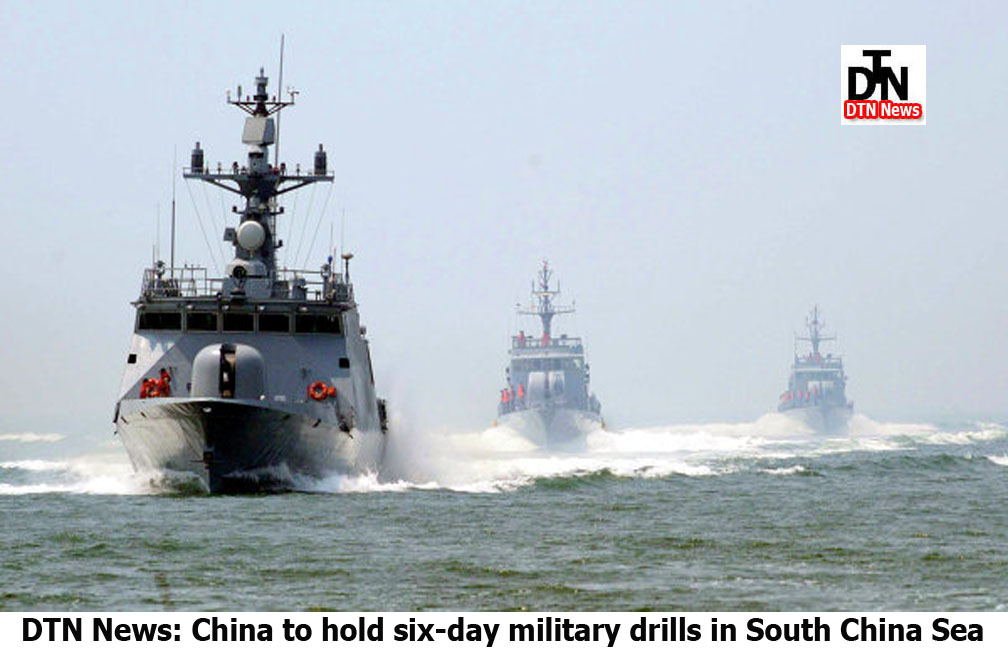 The 6-day, live ammunition exercise starting on Wednesday in the East China Sea off China's coast was seen by some analysts as a "response to a (planned) joint exercise between the United States and Republic of Korea navies in the Yellow Sea," said the China Daily, the country's official English-language newspaper.
A Chinese Foreign Ministry spokesman, Qin Gang, said there was no such link and a Chinese military officer said the timing was coincidental.
"This is a regular military exercise," the spokesman Qin told a regular news conference. "This is not related to the situation on the Korean Peninsula."
Li Daguang, a professor at China's National Defence University and a People's Liberation Army (PLA) officer, said the exercise was "not aimed at the U.S.-South Korea joint exercise."
"The PLA artillery exercise in the East China Sea and the joint U.S.-South Korea exercise in the Yellow Sea are a complete coincidence," Li told the Wen Wei Po, a Hong Kong newspaper under mainland control.
"The outside world shouldn't read anything into this."
The Yellow Sea lies to the north of the East China Sea and the areas of the two exercises would not overlap.
China's Foreign Ministry said last week it was concerned about reports a U.S. aircraft carrier may join the anti-submarine exercise with South Korea following a standoff with North Korea over the sinking of a warship from the South.
"Though the Chinese government did not say anything about the drill, anybody with common sense on military strategy will bet that they are related," one expert on China-U.S. relations, Shi Yinhong of Renmin University in Beijing, told the China Daily.
The joint exercise that had been expected this month will most likely take place in July, although a date has yet to be set, the Pentagon said on Monday.
Washington has not said officially whether an aircraft carrier would participate, as some news reports citing Pentagon sources have suggested.
Beijing has been angered by U.S. navy ships engaging in surveillance in waters close to China's southern coast.
Earlier this year, Beijing curtailed contacts with the Pentagon over continued U.S. arms sales to Taiwan, the self-ruled island that China claims as its own territory.
U.S. Defence Secretary Robert Gates said this month China's decision to break off military-to-military contacts could undercut regional stability.
Gates said the PLA was the main obstruction in the way of improved relations and suggested its position was at odds with that of the country's political leadership.
**NOTICE; To connect to this article Media source, click on the aforementioned respective links accordingly
Related News
*China, Pakistan to hold joint antiterrorist drills in summer
*Russian, Chinese warships escort 23-vessel convoy off Somalia
*Russia, China conduct anti-piracy exercises in Gulf of Aden
*China, Russia to hold anti-piracy naval drills off Somali coast