LONDON, Dec 13 (Reuters) - Rolls-Royce (RR.L) needs to redesign a key component of its engine for America's new Joint Strike Fighter (JSF) aircraft, fuelling a U.S. campaign to remove the company from the project, the Independent on Sunday reported.
The report said Rolls-Royce's would have to redesign a component that helps hold the engine together, which would increase costs and delay the introduction of the world's most high-tech jet. 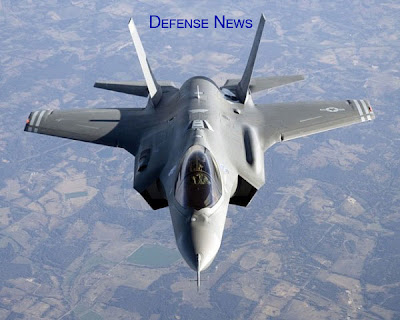 The news comes at a critical time for Rolls and its partner, General Electric (GE.N), which will learn this week whether the United States will continue funding the engine's development for another year. Rolls and GE are up against Pratt & Whitney in the race to power the JSF.
"The [engine] programme continues to operate within budget and has met all major milestones on schedule ... The engine has accumulated over 550 hours of test time, with more than 800 hours of test since the programme began," A spokesman for the Rolls/GE joint venture in the United States told the paper.
Rolls-Royce UK could not immediately be reached for comment. ($1=.6057 Pound) (Reporting by Rhys Jones; editing by Simon Jessop)
Posted by DEFENSE NEWS at 11:30:00 AM 1 comment:

EVERETT, Wash., Dec. 12 /PRNewswire-FirstCall/ -- Boeing (NYSE: BA) completed high-speed taxi tests on the first 787 Dreamliner today. This is the last in a series of functional tests planned in preparation for first flight. 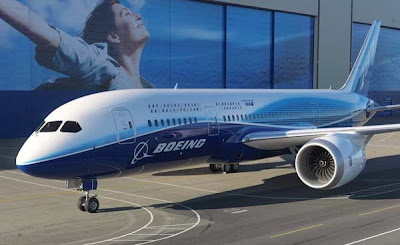 "Our pilots told me the airplane performed beautifully," said Mike Delaney, vice president and chief project engineer for the 787. "We're going through and analyzing the data to ensure we're ready for first flight. From evaluations we've done so far, everything looks good."
During the testing, the airplane reached a top speed of approximately 130 knots (150 mph, 240 kph), and the pilots lifted the nose gear from the pavement. Video highlights of the taxi testing will be available by the end of the day Monday at www.boeing.com and www.newairplane.com.
Taxi test is the last testing planned before first flight.
Contact:
Lori Gunter
787 Communications
+1 206 931 5919
Posted by DEFENSE NEWS at 12:13:00 AM No comments: