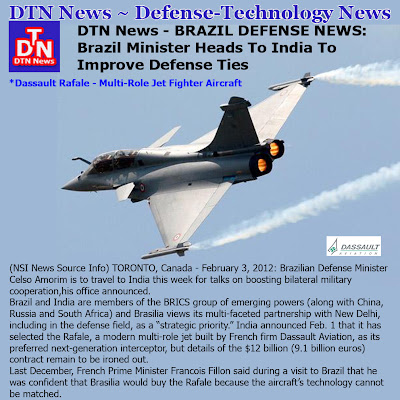 Brazil and India are members of the BRICS group of emerging powers (along with China, Russia and South Africa) and Brasilia views its multi-faceted partnership with New Delhi, including in the defense field, as a “strategic priority.”Amorim was due in New Delhi on Feb. 7 at the start of a five-day visit that will include talks with Prime Minister Manmoham Singh and Defense Minister A.K. Antony as well as visits of military installations, his ministry said in a statement released Feb. 1.India “has one of the world’s biggest armed forces” and like Brazil “seeks to reduce its technological dependence on other countries,” the statement added. “There is a great potential for scientific, technological cooperation (with India), to develop projects of mutual interest.”Brazil is keen on expanding its own defense industry and its military purchases to upgrade its air and naval forces are conditioned on technology transfer and construction in this country.
Amorim was expected to discuss naval cooperation with his Indian counterparts, particularly plans to build aircraft carriers and Scorpene-class submarines, in addition to expand exchanges between military academies of the two countries.
India announced Feb. 1 that it has selected the Rafale, a modern multi-role jet built by French firm Dassault Aviation, as its preferred next-generation interceptor, but details of the $12 billion (9.1 billion euros) contract remain to be ironed out.
Last December, French Prime Minister Francois Fillon said during a visit to Brazil that he was confident that Brasilia would buy the Rafale because the aircraft’s technology cannot be matched.
The Rafale is competing against U.S. aviation giant Boeing’s F/A-18 Super Hornet and Swedish manufacturer Saab’s Gripen jet to supply Brazil with 36 multi-role combat aircraft.
India has also purchased Legacy 600 business jets from Brazilian aircraft manufacturer Embraer.
Meanwhile, Amorim was to stop in the southern Italian city of Palermo on Feb. 6 for talks with his Italian counterpart Giampaolo Di Paola And on Feb. 10, the Brazilian minister will be in Rabat for talks with Moroccan Defense Minister Abdellatif Loudiyi and Foreign Minister Saad Eddine Othmani.
*Link for This article compiled by Roger Smith from reliable sources Defense News - AFP*Speaking Image - Creation of DTN News ~ Defense Technology News *This article is being posted from Toronto, Canada By DTN News ~ Defense-Technology News Contact:dtnnews@ymail.com ©COPYRIGHT (C) DTN NEWS DEFENSE-TECHNOLOGY NEWS
Posted by DEFENSE NEWS at 6:08:00 PM No comments:

Source: DTN News - - This article compiled by Roger Smith from reliable sources Flight International (NSI News Source Info) TORONTO, Canada - February 2, 2012: This month's Singapore air show falls on the 70th anniversary of the fall of Singapore to Japan in the Second World War. While Asia is an unimaginably different place now, Singapore's leaders have never forgotten the speed with which Singapore fell - or the three years of brutal occupation that followed. 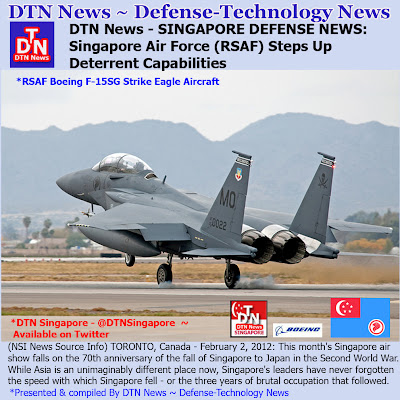 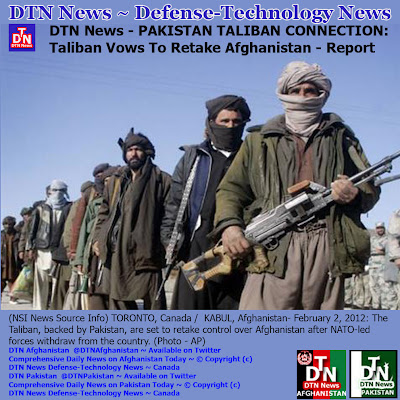 MORE ABOUT THE STORY