Defense News ~ JACKSONVILLE, FL--(Marketwire - 02/11/10) - Quasar Aerospace Industries, Inc. (Pinksheets:QASP - News) - Dean Bradley, the CEO of Quasar Aerospace Industries, Inc. announces a meeting to be held in Hamburg, Germany from February 16th through the 19th. The interested parties from Australia, Europe and the US are holding day long meetings to chart the future course of the RAPT technology by Tigerfish USA, Inc. Quasar Aerospace Industries is hosting the meeting of aeronautical engineering experts from five countries. QASP's representatives will be Dean Bradley, James Ray, President and COO for Quasar Aircraft Corporation, and the CEO of one of our primary acquisitions.
Questions have arisen regarding the Class B shares to be issued on completion of the $350 million funding. Please be advised that said shares will be non-voting and will be restricted for a period of three (3) years.
There will be news blackout until Mr. Bradley returns from Germany the week of the 22nd of February.
This press release contains "forward-looking statements" within the meaning of Section 27A of the Securities Act of 1933, as amended, and Section 21E of the Securities Exchange Act of 1934, as amended and such forward-looking statements are made pursuant to the safe harbor provisions of the Private Securities Litigation Reform Act of 1995. You are cautioned that such statements are subject to a multitude of risks and uncertainties that could cause future circumstances, events, or results to differ materially from those projected in the forward-looking statements as a result of various factors, and other risks. You should consider these factors in evaluating the forward-looking statements included herein, and not place undue reliance on such statements. The forward-looking statements in this release are made as of the date hereof and Quasar Aerospace Industries, Inc. under take no obligation to update such statements.

Defense News ~ ARLINGTON, Va.--February 11, 2010, (BUSINESS WIRE)--Electronic component orders jumped upward in January according to the monthly report compiled by the Electronic Components Association (ECA). ECA’s monthly report consolidates order information collected in confidence from leading electronic component manufacturers. The upward trend in electronic component orders goes back seven months, but January showed perhaps the biggest jump during that time. Manufacturers are likely reacting to a combination of factors, including internal supply chain intelligence, good demand during the recent holiday season, and positive forecasts from analyst firms such as iSuppli, which predicts a mild recovery for the electronics market this year.
“The industry has seen a decent rebound for more than half a year, and the start of a new year typically leads to optimism,” says Bob Willis, ECA president. “Unlike the market decline we had in 2009, key indicators point to modest growth this year.”
About ECA
The Electronic Components Association (ECA) represents the electronic components industry and the technologies, materials and supply chain associated with it. ECA offers market research, conferences, standards development under the EIA brand, issue advocacy, technology intelligence, and collaborative efforts that help improve the business and technical expertise of its members. For more information, visit http://ec-central.org/index.cfm


First Products to Bear New Morpho Detection Name Destined for Airport Checkpoints Across the United States
Defense News ~ NEWARK, Calif.--February 11, 2010, (BUSINESS WIRE)--Morpho Detection, Inc., a business of Safran group’s Sagem Sécurité division, today announced it has signed a contract with the U.S. Department of Homeland Security’s Transportation Security Administration (TSA) for several hundred Itemiser® DX explosive trace detection systems (ETD). The contract value is approximately $16 million and was awarded after a competitive contracting process.
The Itemiser DX is the latest trace-based desktop explosive trace detection system to be approved as meeting the demanding detection standards recently established by TSA. The Itemiser DX is the first trace system to simultaneously detect positive and negative ions using a single detector. It delivers fast explosives detection in a desktop package that is reliable, cost effective, and easy to use.
The systems are expected to be deployed to airport checkpoints across the United States to replace and upgrade current units. Morpho Detection’s Itemiser DX system is the company’s first branded product since Sagem Sécurité acquired GE’s Homeland Protection business in September.
“We are especially pleased to have our next-generation Itemiser DX explosive trace detection system chosen by TSA for use at airport checkpoints across the country,” said Dennis Cooke, senior vice president and CEO, Morpho Detection, Inc.
The Itemiser DX is the most recently approved next-generation explosive trace detection system for use in checked baggage, passenger and cargo screening. The Itemiser DX system has successfully completed qualification testing and operational testing and evaluation. The Itemiser DX system was placed on TSA’s qualified products list for ETD, which contains the products approved for use in checkpoint screening.
Morpho Detection’s contract with TSA was funded, in part, by the American Recovery and Reinvestment Act (ARRA). Consistent with the ARRA program, this contract will directly help create or maintain U.S. jobs.
About Morpho Detection, Inc.
Morpho Detection, a company of Sagem Sécurité (Safran group), is a leading supplier of explosives and narcotics detection systems for government agencies, air and ground transportation venues, energy and other high-risk organizations and facilities, and the military. Morpho Detection brings together world-class trace detection, computed tomography, X-ray diffraction, X-ray and Raman Spectroscopy technologies into a single business offering that can make a wide range of security activities more accurate, productive and efficient. Morpho Detection helps customers protect people, assets and communities. Sagem Sécurité acquired GE’s Homeland Protection business in September 2009.
For more information, www.morphodetection.com.
Photos/Multimedia Gallery Available: http://www.businesswire.com/cgi-bin/mmg.cgi?eid=6176696&lang=en
MULTIMEDIA AVAILABLE: http://www.businesswire.com/cgi-bin/mmg.cgi?eid=6176696 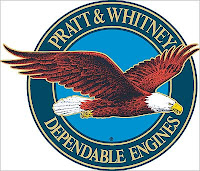 Defense News ~ WEST PALM BEACH, Fla., Feb. 11 /PRNewswire/ -- Pratt & Whitney Rocketdyne today helped boost into orbit the first mission in NASA's "Living With a Star" program to explore more about how the sun affects life on Earth. Â The Solar Dynamics Observatory mission was launched from Cape Canaveral Air Force Station, Fla., by a United Launch Alliance Atlas V rocket. Â The Atlas V is powered by the RD AMROSS RD-180 booster engine and a Pratt & Whitney Rocketdyne RL10 upper-stage engine. Â Pratt & Whitney Rocketdyne is a unit of United Technologies Corp. (NYSE: UTX). Â RD AMROSS LLC is a joint venture of Pratt & Whitney Rocketdyne and NPO Energomash.
"Pratt & Whitney Rocketdyne is pleased to provide power for the first mission in this exciting NASA program to learn more about the sun's impact on our solar system and the Earth," said Jim Maus, director, expendable propulsion programs, Pratt & Whitney Rocketdyne. Â "This first launch of the RL10 in 2010 is the 407th production model RL10 to fly, and we look forward to continuing our partnership with United Launch Alliance in this coming decade."
"RD AMROSS and its partners -- NPO Energomash and Pratt & Whitney Rocketdyne -- congratulate NASA on this successful launch," said Len Dest, president and CEO of RD AMROSS. Â "We are proud to say that the RD-180 has provided power for all 20 Atlas V launches, including four with NASA payloads."
The Atlas V Centaur upper stage is powered by a single RL10A-4-2 engine that delivers 22,300 pounds of thrust. Â For over 46 years, the RL10 has been one of the United States' most reliable upper-stage engines. Â The Atlas V Common Core booster is powered by the RD-180 engine delivering nearly 1 million pounds of thrust. Â The RD-180 is the only liquid oxygen-kerosene fueled engine with an oxygen-rich staged combustion cycle flying in the United States today.
Pratt & Whitney Rocketdyne, Inc., a part of Pratt & Whitney, is a preferred provider of high-value propulsion, power, energy and innovative system solutions used in a wide variety of government and commercial applications, including the main engines for the space shuttle, Atlas and Delta launch vehicles, missile defense systems and advanced hypersonic engines.
Pratt & Whitney is a world leader in the design, manufacture and service of aircraft engines, space propulsion systems and industrial gas turbines. Â United Technologies, based in Hartford, Conn., is a diversified company providing high technology products and services to the global aerospace and commercial building industries.

* Q4 EPS $0.38 vs $0.41 a year ago
* Sees 2010 EPS $1.48 to $1.53 vs est. $1.55/shr
* CFO Bailey to retire
* Shares fall as much as 8 pct
By Bijoy Anandoth Koyitty
Defense News ~ BANGALORE, Feb 11 (Reuters) - FLIR Systems Inc (FLIR.O), which makes thermal-imaging products and infrared cameras, posted a lower quarterly profit and forecast 2010 earnings below analysts' expectations, sending its shares down as much as 8 percent.
The company said it sees slower growth in revenue from government systems in 2010 due to an anticipated decrease in deliveries under the base expeditionary targeting and surveillance sensors-combined (BETTS-C) and related programs.
"The BETTS-C surveillance system was built for Iraq, and right now at least there is not much expectations for a big similar system for Afghanistan. The Iraq system was a meaningful contributor to revenue," Stephens Inc analyst Timothy Quillin told Reuters.
FLIR's government systems segment, which makes imaging products for the military, accounts for more than half of its overall revenue.
FLIR, which competes with defense contractors such as L-3 Communications Holdings (LLL.N), Raytheon Co (RTN.N) and Lockheed Martin Corp (LMT.N), however, said it expects growth from the newly formed commercial vision systems.
"The commercial business will continue to grow nicely and they just need to book new business to replace the drop-off in the defense program," Quillin said.
Revenue from government systems fell 1 percent to $169.7 million in the latest fourth quarter, while the commercial vision systems division revenue rose 34 percent to $57 million. Total revenue rose 3 percent to $311.6 million.
For the fourth quarter, the company reported net earnings of $60.3 million, or 38 cents a share, compared with $65 million, or 41 cents a share, in the year-ago period.
Analysts on average were expecting earnings of 38 cents a share, before items, on revenue of $303.7 million, according to Thomson Reuters I/B/E/S.
For 2010, the company forecast earnings of $1.48 to $1.53 a share, on revenue of $1.2 billion to $1.3 billion. Analysts were expecting earnings of $1.55 a share, on revenue of $1.22 billion.
The company also said Chief Financial Officer Stephen Bailey will retire at the end of May. Bailey will be succeeded by senior vice-president Anthony Trunzo.
Shares of the company were trading down 7 percent at $27.52 late morning Thursday on Nasdaq.
(Reporting by Bijoy Koyitty in Bangalore; Editing by Maju Samuel and Unnikrishnan Nair) 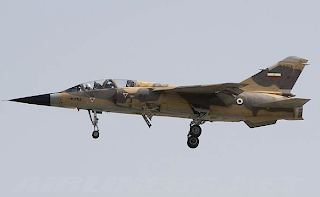 * Iraq may buy Mirage jets from Dassault
* U.N. sanctions barred arms sales to Baghdad
Defense News ~ BAGHDAD, Feb 11 (Reuters) - Iraq is seeking the return of 651 million euros ($898 million) paid by Saddam Hussein's government for French Mirage fighters that were never delivered because of sanctions, a government spokesman said on Thursday.
Ali al-Dabbagh said talks with France's Dassault Aviation (AVMD.PA) and the French defence ministry for the return of the funds were positive, and Iraq was separately eyeing a possible purchase of an unspecified number of Mirage jets from Dassault.
"We want these funds returned. Simultaneously, we are in negotiations with the French for (the purchase of) Mirage F1s," Dabbagh said, adding that Iraq had not yet decided whether to buy jets from France or the United States.
An Iraqi committee was formed two months ago to negotiate the return of the deposit for jets ordered under Saddam, and Iraq expects the issue to be resolved this year, Dabbagh said.
Sanctions imposed on Iraq shortly after its invasion of Kuwait in 1990 prohibited arms sales to Baghdad, forcing the abandonment of its deal with Dassault for the fighter jets.
(Reporting by Mohammed Abbas: editing by Tim Pearce)
Posted by DEFENSE NEWS at 6:22:00 AM No comments: 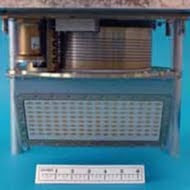