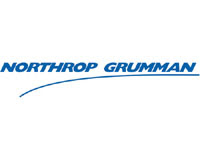 * Deal worth up to a maximum of $2.4 billion
* To deliver up to 2,000 systems per month
* Technology allows battlefield communications
LONDON, June 29 (Reuters) - British defence electronics company Cobham (COB.L) said on Monday that its joint venture with Northrop Grumman (NOC.N) had been awarded a contract to provide battlefield communications equipment to the U.S. Army. The ten-year deal to supply its VIS-X system allowing communication between vehicles on the battlefield is worth up to $2.4 billion of which Cobham's share will be 50 percent, the British company said in a statement.
The companies can only give a maximum value for the deal because the so-called "indefinite delivery/indefinite quantity" contract requires Cobham and Northrop only to have enough capacity to deliver a certain number of devices but does not guarantee the size of future orders.
The deal, which starts in 2010 and runs for 10 years, requires the firms to be able to deliver up to 500 systems a month in the first year and 2,000 systems per month in subsequent years.
"Securing the VIS-X contract is fantastic news. It has been a major focus for us and our partners this year," Cobham Chief Executive Allan Cook said in a statement.
"VIS-X will allow soldiers and other vehicle mounted troops to communicate faster, safer and more securely with greater understanding of the operational situation during the most demanding missions."
The equipment will be used by soldiers in vehicles such as the Humvee and Abrams and Bradley tanks. Cobham and Northrop, which have been working together for 15 years, already supply the U.S. military's existing VIC-3 communication system.
(Reporting by Paul Hoskins, editing by Matt Scuffham)
Posted by DEFENSE NEWS at 4:46:00 AM No comments:

EADS has no plan to sell Dassault stake - report

PARIS, June 29 (Reuters) - European aerospace group EADS EADS.PA has no plan to sell either all or part of its stake in French planemaker Dassault Aviation (AVMD.PA), a senior EADS executive was quoted as saying in a report published on Sunday.
Marwan Lahoud, director of strategy and marketing at the Airbus parent company, said Dassault's arrival as a key shareholder in electronics maker Thales (TCFP.PA), an EADS competitor, did not affect the EADS stake in Dassault.
"There is no plan to sell our 46 percent stake in Dassault, either totally or partially," Lahoud was quoted as saying by business newspaper La Tribune in an interview sent to media on Sunday and due to be published in the paper on Monday.
EADS inherited its stake in Dassault from the state company that helped found EADS in 2000.
An approach by EADS to try to make an offer for Thales was rebuffed by the French government last year and EADS CEO Louis Gallois has resigned from the Dassault board.
Posted by DEFENSE NEWS at 4:46:00 AM No comments:

UPDATE 1-Senior sees H1 profitibality in line with its view

* Says continues to trade satisfactorily
* Net debt down significantly more than expected
* Sees to benefit from new aircraft programmes
June 29 (Reuters) - British engineer Senior Plc (SNR.L) said on Monday it continued to trade satisfactorily with profitability in line with its expectations for the first half of 2009.
Strong cash generation and currency benefits have helped the company to reduce its net debt significantly more than anticipated in the six months to June 30, Senior, which makes aerospace and automotive components, said.
The company said its customers Boeing (BA.N) and Airbus (EAD.PA) had seven-year order books but for the first five months of the year they reported a combined net order in-take of only 21 aircraft, as there were 76 cancellations.
However, Senior said it was strongly cash generative and financed for the longer-term.
"Whilst the group's end markets are expected to remain challenging for the foreseeable future, Senior is gaining market share... and can look forward to significant future organic growth from new aircraft programmes such as Boeing 787 and Joint Strike Fighter," it said in a statement.
The company saw a modest improvement in production of land vehicles outside of North America and a further weakening of the business jet market in the second quarter
The bankruptcy of General Motors (GMGMQ.PK) and Chrysler in the period had little effect on the group, Senior said.
Senior, which had cut 19 percent jobs since September-end in light of weak land vehicle and business jets markets, said it did not expect to cut any further jobs this year.
Shares of Senior closed at 34 pence on Friday on the London Stock Exchange. (Reporting by Shivani Singh in Bangalore; Editing by Gopakumar Warrier)
Posted by DEFENSE NEWS at 4:43:00 AM No comments: