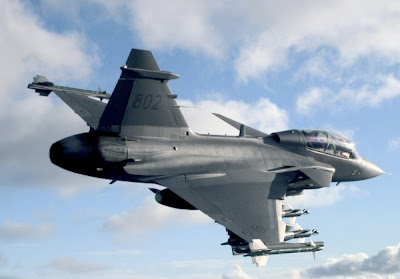 The Brazilian air force, which said on Monday that Saab had asked for more time, changed its tune on Tuesday, saying the request had come from all the bidders.
The other two finalists in the bidding process are France's Dassault Aviation (AVMD.PA) and U.S. aircraft manufacturer Boeing Co (BA.N).
Saab's top executive, Ake Svensson, told a press conference that the company had not requested a delay. He said Saab could have handed in the tender on Monday, when it received notice that the bidding process would be extended by two weeks.
The new deadline is Oct. 2.
The Brazilian air force said in a statement on Monday that Saab had asked for more time to present improved bids. [ID:nN21282585] But on Tuesday the air force said in a statement on its Web site that the extension had been requested by all "the competing companies."
An air force spokesman told Reuters he could not explain the correction.
Brazil is seeking a generous technology transfer offer and local assembly as part of a contract to buy 36 jet fighters. The deal could eventually rise to more than 100 aircraft.
Latin America's largest country has signed a strategic defense alliance with France, and the government has expressed preference for Dassault's Rafale plane.
But since the visit of French President Nicolas Sarkozy in early September, Swedish and U.S. officials have tried to sway decision-makers in Brazil. Saab's entry is the Gripen, and Boeing's is the F/A-18 Super Hornet.
Brazil's president, Luiz Inacio Lula da Silva, said the air force would analyze the proposals from a technological standpoint. But he said the final decision was his and would be based on political and strategic considerations.
(Reporting by Victoria Klesty in Stockholm and Raymond Colitt in Brasilia; editing by John Wallace)
Posted by DEFENSE NEWS at 1:03:00 PM No comments: 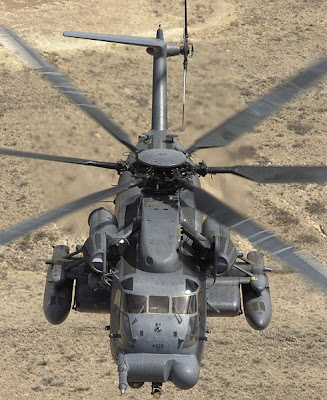 Sikorsky is a subsidiary of United Technologies Corp.
(Logo: http://www.newscom.com/cgi-bin/prnh/20060403/SIKORSKYLOGO )
David Powell, Sikorsky Vice President, Sales, The Americas & Global Oil, presented to Dr. Michael Fopp, Director General of the RAF Museum, a ceremonial check in the amount of $38,000 USD, representing the costs defrayed by the company toward the relocation of the aircraft to the museum. The PAVE LOW helicopter, used by the USAF for special operations and combat search and rescue, will be part of a new National Cold War Exhibition at the museum.
"The National Cold War Exhibition in the RAF Museum at Cosford will provide a marvelous historical perspective of this time period, and the inclusion of the venerable Sikorsky MH-53 PAVE LOW helicopter will add to the historical perspective. We are excited about the opportunity to provide sponsorship for this exhibition and to continue to rekindle the strong legacy of Sikorsky Aircraft in the United Kingdom," Powell said.
Dr. Fopp said the new national exhibition aims to inform and educate current and future generations about the immense threat posed to world peace and security during this significant period of the 20th century.
"The PAVE LOW helicopter is a fitting addition to this exhibit, for its role in the history of search and rescue. The Royal Air Force Museum is pleased to be able to include this remarkable aircraft in our newest display, and to further educate our visitors who have a particular appreciation of aviation and world history," Fopp said.
Sikorsky Aircraft Corp., based in Stratford, Conn., USA, is a world leader in helicopter design, manufacture and service. United Technologies Corp., based in Hartford, Conn., USA, provides a broad range of high technology products and support services to the aerospace and building systems industries.
www.sikorsky.com
Posted by DEFENSE NEWS at 12:56:00 PM No comments: