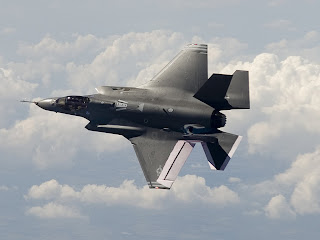 Defense News ~ WASHINGTON, Jan 30 (Reuters) - President Barack Obama will unveil a $3.8 trillion budget proposal on Monday for fiscal 2011, the New York Times reported on Saturday.
The White House declined to comment on the report.
The newspaper said the budget would include $25 billion for struggling states and provide funding increases for programs at the Energy Department, National Institutes of Health, National Science Foundation and the Census Bureau.
An administration official confirmed to Reuters that the budget would include a 6 percent increase in civilian research programs.
The budget would also provide more funds for military programs, including the Pentagon's Special Operations forces, the U.S. Army's Black Hawk and Chinook helicopters, and the F-35 Joint Strike Fighter.
Other programs and agencies would face cuts. Space agency NASA's mission to fly back to the moon would be scrapped, the paper said, and some public works projects by the Army Corps of Engineers would also lose funding.
The president has previously said he would propose a three-year spending freeze on some domestic programs that would save $250 billion by 2020.
Spending at the agencies facing cuts would be kept at $447 billion annually through 2013, the New York Times said, leading to a savings of $10 billion in the coming fiscal year.
(Reporting by Jeff Mason, editing by Anthony Boadle)
Posted by DEFENSE NEWS at 7:02:00 PM No comments: 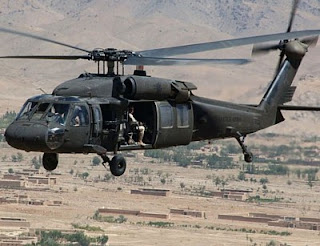 Defense News ~ . HAWTHORNE, Calif.--January 29, 2010, (BUSINESS WIRE)--OSI Systems, Inc. (NASDAQ:OSIS), a vertically-integrated provider of specialized electronics and services, today announced that its Security division, Rapiscan Systems has received notice of a deobligation of funds for a $17.6 million order from the U.S. government for multiple cargo and vehicle inspection systems. The original order was announced in October, 2009. As is standard for U.S. government awards, the government maintains the right to terminate a contract in whole or part without implying any fault of the contractor. This is commonly referred to as termination for convenience. The order was not included in the Company's announced backlog, nor does it affect any previously-published financial results and guidance.
About Rapiscan Systems
Rapiscan Systems, a division of OSI Systems, Inc. is a leading supplier of security inspection solutions utilizing X-ray and gamma-ray imaging, and advanced threat identification techniques such as neutron and diffraction analysis. The company’s products are sold into four market segments; Baggage and Parcel Inspection, Cargo and Vehicle Inspection, Hold Baggage Screening and People Screening. The company has an installed base globally of more than 70,000 security and inspection systems. The Rapiscan Systems product line is manufactured at four locations and supported by a global support service network. The company was recognized for its market leadership with one of the United Kingdom's most prestigious distinctions The Queen's Awards for Enterprise and named by Frost & Sullivan as the 2008 North American Homeland Security Inspection and Screening Company of the Year. For more information on Rapiscan Systems, please visit http://us.lrd.yahoo.com/_ylt=AgQjkfPgXwZ2ElDFW8fscp_jba9_;_ylu=X3oDMTE2bnNycW8wBHBvcwMxBHNlYwNuZXdzYXJ0Ym9keQRzbGsDd3d3cmFwaXNjYW5z/SIG=16lpinobe/**http%3A//cts.businesswire.com/ct/CT%3Fid=smartlink%26url=http%253A%252F%252Fwww.rapiscansystems.com%26esheet=6161450%26lan=en_US%26anchor=www.rapiscansystems.com%26index=2%26md5=a3d2e8da512cc44eb3289b22a52809b9.

Defense News ~ WASHINGTON, Jan 29 (Reuters) - The Pentagon's base budget request for fiscal 2011 includes $112.9 billion for weapons procurement, 7.7 percent more than in fiscal 2010, a source familiar with the budget told Reuters.
The Pentagon's 2011 budget request also includes $76.1 billion for research and development, a decrease of 5 percent from the sum enacted in fiscal 2010, said the source, who was not authorized to speak publicly.
The Obama administration is due to release its fiscal 2011 budget request, including the Pentagon budget, to Congress on Monday.
The total sum requested by the Pentagon for procurement and research, $189 billion, a number closely watched by defense companies, marks an increase of 2.2 percent from $184.9 billion, the total enacted for fiscal 2010 that ends Sept. 30.
The increase is modest, but still good news for the defense industry overall, said analyst Loren Thompson with the Virginia-based Lexington Institute.
"For years now, analysts have been predicting a decline in weapons outlays, but somehow they never go down," said Thompson, noting the forecast shift of funding out of technology into personnel accounts was happening more slowly than generally expected.
"I spent the last year telling the industry that the sky was falling and guess what? It's still there," he added.
(Reporting by Andrea Shalal-Esa; editing by Tim Dobbyn and Andre Grenon)
Posted by DEFENSE NEWS at 6:27:00 PM No comments:

AVIATION WEEK's Aerospace 2010 Source Book provides forecasts and analyses of major airlines, contractors, programs, technologies and trends
Defense News ~ NEW YORK, Jan. 29 /PRNewswire/ -- "Stability is the best the aerospace and defense (A&D) industry can hope for in 2010," says Senior Technology Editor Graham Warwick in "Aerospace 2010," available as this week's issue of Aviation Week & Space Technology and now online at http://aviationweek.com. Significantly enhanced with new interactive features, AVIATION WEEK's 14th annual Aerospace Source Book provides a global outlook and in-depth analyses of airlines, contractors, programs, technologies, and trends, serving as an essential planning resource for A&D industry professionals worldwide.
"Aerospace 2010 is the brain-child of a cross-functional team that explored how the Aerospace Source Book could do a better job of serving our primary customers," said Anthony Velocci, Jr., editor-in-chief, Aviation Week & Space Technology. "In this integrated print and online product, the magazine provides industry analysis and forecasts, backing it up with online data that goes into greater detail, allowing Aerospace 2010 to remain relevant year-round. What used to be a voluminous desk reference in print, filled with facts and figures and updated just once a year, is now a bona fide 21st-century, databased business tool."
Sector outlooks, analyses, key developments and technologies to watch are reviewed in the print edition and expanded upon online. Aerospace 2010 supplies additional content with videos; photos; blogs; podcasts; an interactive world map of programs, contractors, and airlines; and (for subscribers) a database of system specifications for more than 4,000 types of aircraft, engines, missile systems, avionics and space vehicles, as well as details for 3,000 programs and 20,000 organizations.
"Aviation Week & Space Technology is at the forefront of the print and digital media convergence," said Mark Flinn, publisher, Aviation Week & Space Technology. "All of the features our customers have come to know and rely upon in the annual Aerospace Source Book are presented with a fresh approach that takes advantage of our integrated media resources."
For more information, visit http://aviationweek.com/aw/AeroSpaceHome.do?parameter=showHome or call +1-515-237-3682 to order a print copy or subscribe. For all media requests, contact Joe D'Andrea or Lisa Jaycox.
About AVIATION WEEK
AVIATION WEEK, part of The McGraw-Hill Companies, is the largest multimedia information and services provider to the global aviation, aerospace and defense industries, and includes http://AviationWeek.com, Aviation Week & Space Technology, Defense Technology International, Business & Commercial Aviation, Overhaul & Maintenance, ShowNews, Aviation Daily, Aerospace Daily & Defense Report, The Weekly of Business Aviation, World Aerospace Database, Aviation Week Intelligence Network, and MRO Prospector. The group also produces major events around the world.
About The McGraw-Hill Companies
Founded in 1888, The McGraw-Hill Companies (NYSE: MHP) is a leading global information services provider meeting worldwide needs in the financial services, education and business information markets through leading brands such as Standard & Poor's, McGraw-Hill Education, Platts, Capital IQ, J.D. Power and Associates, McGraw-Hill Construction and Aviation Week. The Corporation has more than 280 offices in 40 countries. Sales in 2009 were $5.95 billion. Additional information is available at http://www.mcgraw-hill.com/.
Posted by DEFENSE NEWS at 6:14:00 PM No comments:

Elbit Systems Ltd. Receives Notice From Nasdaq Confirming Cure Period to Replace Yael Efron on the Board of Directors 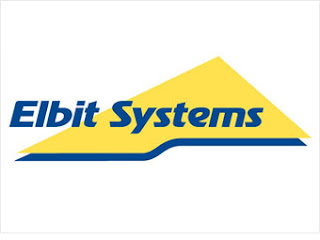 Defense News ~ HAIFA, Israel, January 29 /PRNewswire-FirstCall/ -- Elbit Systems Ltd. (the "Company") (Nasdaq: ESLT) announced today that Nasdaq confirmed that the Company will have the cure period provided under Nasdaq Listing Rule 5605(b)(1)(A) to replace Yael Efron as an independent director. In prior press releases, the Company announced that Mrs. Efron resigned from the Board of Directors and that the Company will hold an Extraordinary General Meeting of Shareholders to elect Dr. Yehoshua Gleitman, who will qualify as an independent director under Nasdaq rules. The Extraordinary General Meeting will be held March 4, 2010 which is within the Nasdaq cure period. The confirmation from Nasdaq was expected and was in response to the Company's notice to Nasdaq that the Company would be temporarily out of compliance with Nasdaq Rule 5605(b)(1) requiring that independent directors constitute a majority of the Company's Board. As required by Nasdaq rules, until the Company notifies Nasdaq of the election of Dr. Gleitman as a director, an indicator noting this temporary non-compliance will be displayed with quotation information related to the Company's securities.
(Logo: http://www.newscom.com/cgi-bin/prnh/20080408/300441 )
About Elbit Systems
Elbit Systems Ltd. is an international defense electronics company engaged in a wide range of defense-related programs throughout the world. The Company, which includes Elbit Systems and its subsidiaries, operates in the areas of aerospace, land and naval systems, command, control, communications, computers, intelligence surveillance and reconnaissance ("C4ISR"), unmanned aircraft systems ("UAS"), advanced electro-optics, electro-optic space systems, EW suites, airborne warning systems, ELINT systems, data links and military communications systems and radios. The Company also focuses on the upgrading of existing military platforms and developing new technologies for defense, homeland security and commercial aviation applications.
For additional information, please visit us at: http://www.elbitsystems.com.

This press release contains forward-looking statements (within the meaning of Section 27A of the Securities Act of 1933, as amended and Section 21E of the Securities Exchange Act of 1934, as amended) regarding Elbit Systems Ltd. and/or its subsidiaries (collectively the Company), to the extent such statements do not relate to historical or current fact. Forward Looking Statements are based on management's expectations, estimates, projections and assumptions. Forward-looking statements are made pursuant to the safe harbor provisions of the Private Securities Litigation Reform Act of 1995, as amended. These statements are not guarantees of future performance and involve certain risks and uncertainties, which are difficult to predict. Therefore, actual future results, performance and trends may differ materially from these forward-looking statements due to a variety of factors, including, without limitation:scope and length of customer contracts; governmental regulations and approvals; changes in governmental budgeting priorities; general market, political and economic conditions in the countries in which the Company operates or sells, including Israel and the United States among others;differences in anticipated and actual program performance, including the ability to perform under long-term fixed-price contracts; and the outcome of legal and/or regulatory proceedings. The factors listed above are not all-inclusive, and further information is contained in Elbit Systems Ltd.'s latest annual report on Form 20-F, which is on file with the U.S. Securities and Exchange Commission. All forward-looking statements speak only as of the date of this release. The Company does not undertake to update its forward-looking statements.
Contacts:
Company Contact:
Joseph Gaspar, Executive VP & CFO
Dalia Rosen, Head of Corporate Communications
Elbit Systems Ltd
Tel: +972-4-8316663
Fax: +972-4-8316944
E-mail: j.gaspar@elbitsystems.com
dalia.rosen@elbitsystems.com
IR Contact:
Ehud Helft / Kenny Green
CCG Investor Relations
+1-646-201-9246
elbitsystems@ccgisrael.com
Posted by DEFENSE NEWS at 6:03:00 PM No comments: