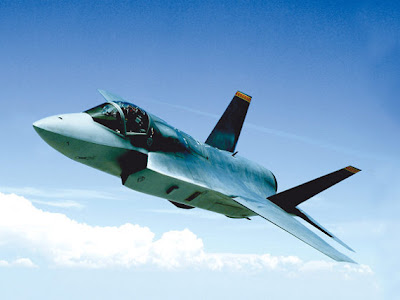 Lockheed Martin ~ October 23, 2009
SEOUL, South Korea, Oct. 23 /PRNewswire-FirstCall/ -- Lockheed Martin (NYSE: LMT - News) officials briefed reporters Tuesday at the Seoul International Aerospace and Defense Exhibition about the proven capabilities of the C130J Super Hercules, all of which are key components in aiding global security. Attendees gained insight into how the C-130J meets 90 percent of the world's airlift needs, how the aircraft is used today and its future capabilities. 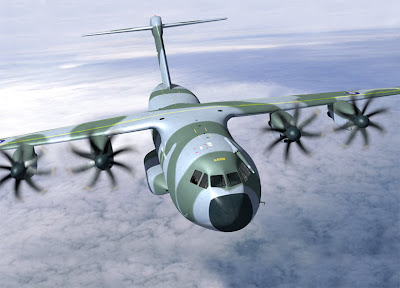 More air forces worldwide are lining up to take advantage of the C-130J's unique mix of agility and performance to deploy troops, transport supplies, and provide disaster and humanitarian relief to the most remote and austere areas of the world. Within the last year, the C130J family has expanded to include Norway, India, Qatar, Iraq and Oman.
"One day, these C-130Js are involved in humanitarian missions; the next, they are deploying to a combat theater," said Jack Crisler, Lockheed Martin vice president for the C-130J program. "Everyone is now seeing firsthand just how essential this plane is for air forces worldwide every day."
Thanks to worldwide operators flying six configurations of the aircraft, the C-130J has more than 500,000 flight hours on record and with numerous examples to show that it is proven in:
•Design
•Production
•Multimission flexibility
•Operations
•Reliability and sustainability
•Multirole capabilities
C-130Js are engaged in high-tempo operations in multiple combat theaters and are routinely deployed in support of both peacekeeping and humanitarian missions. The C-130J has been selected by 10 nations, with 177 aircraft delivered through the second quarter of this year. The C-130J is a flexible, multimission aircraft that has been delivered in multiple and varied configurations to meet a wide range of operational needs.
Headquartered in Bethesda, Md., Lockheed Martin is a global security company that employs about 140,000 people worldwide and is principally engaged in the research, design, development, manufacture, integration and sustainment of advanced technology systems, products and services. The corporation reported 2008 sales of $42.7 billion.
For additional information, visit our Web site: http://www.lockheedmartin.com
Posted by DEFENSE NEWS at 8:52:00 AM No comments:

Will Provide Systems Engineering and Technical Support to Enhance Border Security
ManTech International Corporation ~ October 23, 2009
FAIRFAX, Va.--(BUSINESS WIRE)--ManTech International Corporation (Nasdaq:MANT) announced that it was awarded an Indefinite-Delivery, Indefinite-Quantity (IDIQ) contract from the Department of Homeland Security (DHS) to provide a full range of program management support services to the nation's Secure Border Initiative (SBI). The competitively awarded, single-award IDIQ program, which was awarded to ManTech in the fourth quarter, has a base-year and two option years and a total potential value of $98.8 million.
ManTech will support the DHS Customs and Border Protection (CBP), SBI Program Office, whose mission is to promote border security strategies that protect against and prevent terrorist attacks and other transnational crimes. The SBI Program Office coordinates DHS efforts to ensure the legal entry and exit of people and goods moving across our borders and the enforcement of immigration, customs, and agriculture laws at our borders, within the country, and abroad. They also manage the development, deployment, and integration of SBI acquisition programs,
ManTech will support SBI program management activities which may include systems engineering, operational requirements, integrated logistics, environmental planning, and budget and financial management.
“SBI’s charter to enhance border security and to manage the development, deployment, and integration of border technology solutions is a mission-critical and highly complex task. SBI must identify operational needs and requirements, develop new capabilities, and deploy an effective mix of new and commercially available technologies and systems,” said Larry Prior, President and Chief Operating Officer, ManTech International Corporation. “ManTech has extensive experience successfully applying systems engineering to complex development, acquisition, and operational programs for the military services, DARPA, NASA, DHS and other federal government agencies. We are committed to the success of the SBI Program Office as we apply these systems engineering skills in support of CBP and DHS.”
About ManTech International Corporation:
Headquartered in Fairfax, Virginia with approximately 8,000 professionals, ManTech International Corporation is a leading provider of innovative technologies and solutions for mission-critical national security programs for the Intelligence Community; the departments of Defense, State, Homeland Security and Justice; the Space Community; National Oceanic and Atmospheric Administration; and other U.S. federal government customers. ManTech’s expertise includes systems engineering, systems integration, software development services, enterprise architecture, cyber security, information assurance, intelligence operations and analysis support, network and critical infrastructure protection, information operations and information warfare support, information technology, communications integration, global logistics and supply chain management, and service oriented architectures. The company supports the advanced telecommunications systems that are used in Operation Iraqi Freedom and in other parts of the world; has developed a secure, collaborative communications system for the U.S. Department of Homeland Security; and builds and maintains secure databases that track terrorists. The company operates in the United States and 40 countries. In 2008, BusinessWeek magazine chose ManTech for its ‘InfoTech 100’ listing representing the best performing tech companies in the world; Forbes.com named ManTech as one of the 400 Best Big Companies in the nation; and A-Space, a Web 2.0 enhanced collaboration tool that ManTech developed for the Intelligence Community was named one of the Top 50 Inventions of the Year by Time magazine. Also in 2008, GI Jobs magazine named ManTech a Top Ten Military Friendly Employer for the third year in a row. Additional information on ManTech can be found at www.mantech.com
Forward-Looking Information:
Statements and assumptions made in this press release, which do not address historical facts, constitute "forward-looking" statements that ManTech believes to be within the definition in the Private Securities Litigation Reform Act of 1995 and involve risks and uncertainties, many of which are outside of our control. Words such as "may,” "will,” "intends,” "should,” "expects,” "plans,” "projects,” "anticipates,” "believes,” "estimates,” "predicts,” "potential,” "continue,” or "opportunity," or the negative of these terms or words of similar import are intended to identify forward-looking statements.
These forward-looking statements are subject to known and unknown risks and uncertainties, which could cause actual results to differ materially from those anticipated, including, without limitation: adverse changes in U.S. government spending priorities; failure to retain existing U.S. government contracts, win new contracts, or win recompetes; adverse results of U.S. government audits of our government contracts; risks associated with complex U.S. government procurement laws and regulations; adverse effect of contract consolidations; risk of contract performance or termination; failure to obtain option awards, task orders or funding under contracts; adverse changes in our mix of contract types; failure to successfully integrate recently acquired companies or businesses into our operations or to realize any accretive or synergistic effects from such acquisitions; failure to identify, execute or effectively integrate future acquisitions; risks of financing, such as increases in interest rates and restrictions imposed by our credit agreement; risks related to an inability to obtain new or additional financing; and competition. These and other risk factors are more fully discussed in the section entitled "Risks Factors" in ManTech's Annual Report on Form 10-K filed with the Securities and Exchange Commission on February 27, 2009, and, from time to time, in ManTech's other filings with the Securities and Exchange Commission, including among others, its reports on Form 10-Q.
The forward-looking statements included in this news release are only made as of the date of this news release and ManTech undertakes no obligation to publicly update any of the forward-looking statements made herein, whether as a result of new information, subsequent events or circumstances, changes in expectations or otherwise.
Contact:
ManTech International Corporation
Mark Root
Executive Director, Corp. Communications
off: 703-218-8397
cell: 571-259-1169
mark.root@mantech.com
or
Joseph Cormier
Senior Vice President, Corporate Development
703-218-8258
joe.cormier@mantech.com
Posted by DEFENSE NEWS at 8:31:00 AM No comments:

* Pentagon says Northrop not harmed by data release
* Says different pricing required for new competition
By Andrea Shalal-Esa
WASHINGTON, Oct 23 (Reuters) - Boeing declined a Pentagon request to release Boeing's pricing information from the last aerial tanker competition after Northrop raised concerns that it was disadvantaged by the Air Force's release of Northrop's pricing data to Boeing, according to a Pentagon letter.
Pentagon General Counsel Jeh Johnson told Northrop Grumman Corp (NOC.N) in a letter dated Sept. 23, a copy of which was obtained by Reuters, that defense officials did not believe the company was competitively harmed by Boeing Co's (BA.N) knowledge of "some of the prior pricing" and remained convinced that "the integrity of the procurement process will be maintained without the release of additional pricing information."
But Johnson said the Pentagon "actually sought Boeing's permission to release this information, and Boeing declined," according to the letter.
Analysts say the dispute over the release of Northrop pricing information could provide the basis for a future legal protest by the company. That could further delay a weapons program that Air Force officials call a top priority.
One source familiar with the letter, who was not authorized to speak on the record, said Boeing's refusal to release the information was telling. "It must be important if they don't want to release it," said the source.
Northrop declined comment on the letter, saying it did not discuss correspondence sent to or received from its customers.
Boeing could not be immediately reached for comment.
Northrop and its European partner, EADS (EAD.PA), say they are concerned about the Air Force's disclosure of pricing data to Boeing when Northrop and EADS won a potential $35 billion contract for new refueling tankers in February 2008. That deal was later canceled.
The Pentagon canceled Northrop's contract one year ago after government auditors upheld a Boeing protest. The Air Force released rules for a new competition between the two teams last month.
In his letter, Johnson told Northrop that the key terms of the solicitation had changed dramatically since the last competition, which would necessitate "dramatically different pricing proposals and strategies" anyway.
He said the Air Force provided both companies with "substantially identical information" regarding its competitor's evaluation prices, but acknowledged that the Air Force gave Boeing "some additional limited information concerning Northrop Grumman's proposed prices under the now canceled prior contract."
However, he said those "dollar amounts are of questionable value since Boeing is unaware of the extent to which the dollar figures provided were rounded up or down, and/or were truncated by hundreds of millions of dollars."
In addition, he said, Boeing did not know whether the disclosed dollar amounts represented all or only some of the line items associated with various contract phases.
"It is the case that Boeing would be at significant risk if it tried to recreate Northrop Grumman's actual contract line item dollar amounts proposed under the canceled procurement, based on the information provided," Johnson said.
"Any attempt by Boeing to estimate this would likely be inaccurate by tens or hundreds of millions of dollars, which could easily cover the cost of one or more of the aircraft."
Johnson said that the pricing would probably be long overtaken anyway by the time that new proposals were submitted for the acquisition since close to two years would have passed since the pricing information at issue was submitted.
"During that time, economic conditions of the commercial aircraft market have changed, and the individual postures of both Northrop Grumman and Boeing have undoubtedly changed," he added. (Reporting by Andrea Shalal-Esa; Editing by Phil Berlowitz)
Posted by DEFENSE NEWS at 7:01:00 AM No comments: