AFP
(NSI News Source Info) SANAA, Yemen - June 19, 2010: Al-Qaeda in the Arabian Peninsula (AQAP) called on Yemen's eastern tribes to rise against the government and threatened retaliation for alleged air strikes in the area, the US monitoring group SITE said on Friday.
"Bear (arms)... and defend your honor, land and homes" in response to air attacks in May by the Yemeni military in the Wadi Obeida region in Marib province, SITE quoted the Al-Qaeda splinter group as saying.
"We ... will not stand idle over what is happening to our women and children in Wadi Obeida," SITE quoted the statement as saying.
It called on the tribes to oppose the government of President Ali Abdullah Saleh.
"Allah willing, we will light up the ground with fire under the tyrants of infidelity in the regime of Ali Saleh and his helpers, the agents of America."
In late May, provincial official Jaber Ali al-Shabwani and four of his bodyguards were killed in an air strike in Marib province that reportedly targeted a wanted Al-Qaeda suspect.
The suspect, named as Mohammed Said bin Jardan, was wounded but was able to escape, a security source had told AFP.
A local official said Shabwani had been negotiating for a week for Bin Jardan's surrender and had gone to the farm that was hit in the air strike for talks.
The high security council -- Yemen's highest security authority -- expressed regret over Shabwani's death.
Angry Yemeni tribesmen attacked an oil pipeline, petrol stations and government installations after the raid to avenge the death of the provincial official.
AQAP said women and children had died in the air raids, which had also destroyed homes.
Yemen is the ancestral homeland of Al-Qaeda leader Osama bin Laden and has been the scene of several attacks claimed by the group on foreign missions, tourist sites and oil installations.
Marib is one of the Al-Qaeda strongholds.
The group has suffered setbacks amid US pressure on Sanaa to crack down but its presence threatens to turn Yemen into a base for training and plotting attacks, a top US counter-terrorism official said in September.
Posted by DEFENSE NEWS at 9:21:00 PM No comments:

Source: DTN News By Roger Smith
(NSI News Source Info) TORONTO, Canada / OSH, Kyrgyzstan - June 19, 2010: Kyrgyzstan, an obscure country with a coveted location in Central Asia, is in serious danger of fragmenting. The crisis here, ebbing for now after days of ethnic violence and military atrocities, could have ramifications all the way to Washington and have rippling effect on other Central Asian Republics (CARs).
The provisional Kyrgyz government has lost control of large areas in the southern part of the country because of its failure to quell attacks that have killed at least several hundred ethnic Uzbeks and possibly many more. As many as 400,000 have fled their homes. Barricading themselves in their cities and neighborhoods, Uzbeks have essentially set up autonomous zones and are refusing to recognize the authorities in the capital. 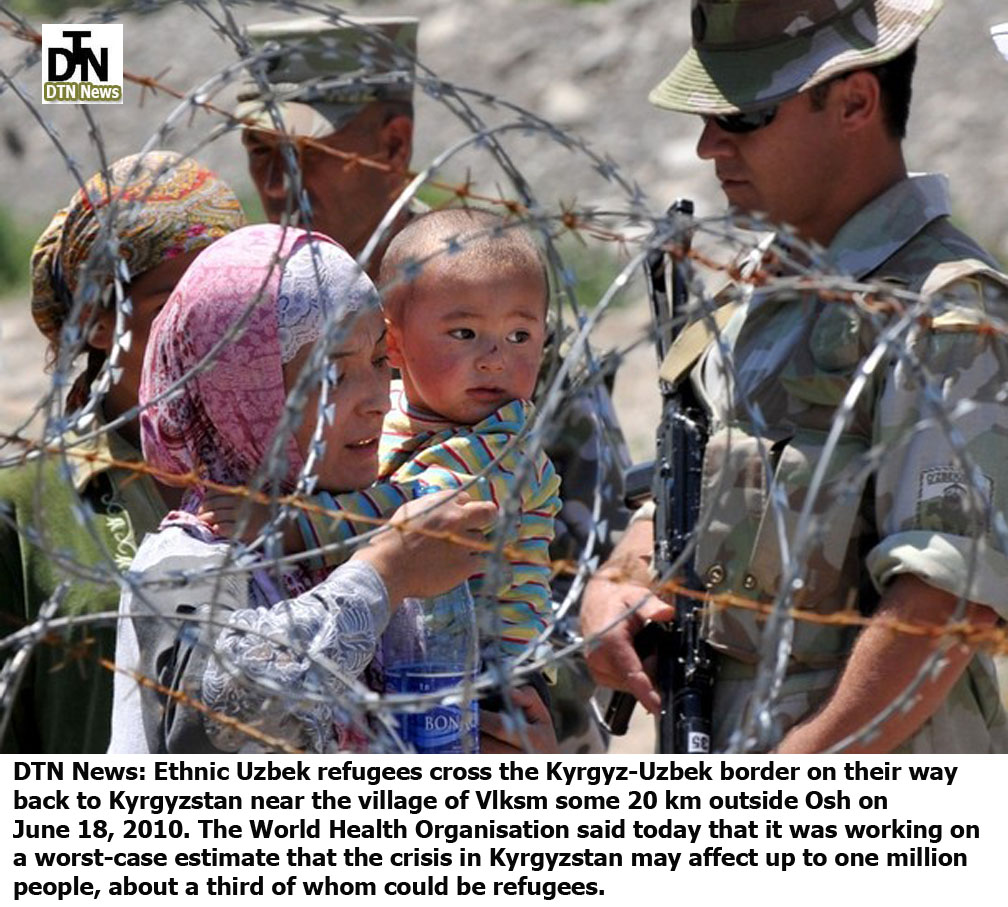 Despite the threat of a breakup of the country, the government seems unable to respond in any meaningful way. The provision of humanitarian aid has been slow. The interim president, Roza Otunbayeva, has not even visited the affected regions because of safety concerns. Nor has she responded to numerous credible reports that elements of the military carried out horrific assaults on ethnic Uzbeks. The reports indicate that the government, which took office in April after rioting ousted the Kyrgyz president, does not have the full allegiance of the military.
“They fear the generals,’’ a prominent Kyrgyz human rights lawyer, Nurbek Toktakunov, said yesterday. “Sooner or later, these issues are going to have to be tackled.’’
This reluctance is especially striking because the government has charged that the deposed president, Kurmanbek S. Bakiyev, incited the violence as a way to return to office. But it has yet to explain how Bakiyev exercised that power or whether senior military officers remain loyal to him, allowing him to use troops to incite ethnic warfare.
American officials are keeping a close eye on the conflict, not least because the United States has an important military base on the outskirts of the Kyrgyz capital, Bishkek, that supplies the expanding NATO mission in Afghanistan. A US official in Washington confirmed that the Kyrgyz government was having “trouble exercising command over the security forces.’’
Already, the new government has given mixed signals about whether it will renew the lease on the American base — and its weakness has added fresh uncertainty over a strategic competition between the United States and Russia. Russia also has military facilities in Kyrgyzstan and in recent years has vied with the United States to win the favor of the Kyrgyz.
According to DTN News, while it is still early, the tensions here could lead to the kind of ethnic standoff that has repeatedly arisen across the former Soviet Union. These clashes — in Georgia, Azerbaijan, Moldova, and elsewhere — are often referred to as frozen conflicts because they have not been resolved over many years. They entangle the major powers, as in the case of the 2008 war between Russia and Georgia over the renegade enclave of South Ossetia, which soured relations between Russia and the West, particularly the United States.
The government had been hoping to solidify its standing by holding a referendum on a new constitution June 27, but the ethnic violence has thrown those plans into doubt. Ethnic Uzbeks, who make up about 15 percent of the population, will not take part in the voting unless international peacekeepers arrive in Kyrgyzstan, an unlikely prospect.
If the referendum is canceled, then the government may be further adrift.
Senior officials in Bishkek defended the government’s performance, saying that they were facing towering obstacles in trying to steer the country, including a depressed economy and meddling by Bakiyev, who is in exile in Belarus.
Farid Niyazov, a government spokesman, acknowledged that interim president Otunbayeva had not traveled to the south since the violence began on the night of June 10. He said she planned to visit today because it was now calm enough to meet with ethnic Uzbek leaders in their neighborhoods.
Niyazov added that Otunbayeva, who is an ethnic Kyrgyz, believed that it was improper to make overtures to either Kyrgyz or Uzbeks based solely on their ethnicity.
“The government is offering its condolences to all and its commitment to maintain peace and security,’’ he said. “We do not name ethnic groups. To do so could provide the impulse for another explosion.’’
No matter what Otunbayeva does, it will be enormously difficult to salve the fury of Uzbeks. That was clear during a visit yesterday to an improvised cemetery in a barren lot in Osh, where Uzbek victims of the violence were being buried.
The scene at the cemetery strongly suggested that the scope of the bloodshed was far greater than the interim government had formally acknowledged.
The official death toll is about 200, but volunteers overseeing this cemetery alone said they had buried more than 50.
And ethnic Uzbek leaders said many cemeteries had been set up. At just four cemeteries, the figure totaled more than 160, according to interviews.
*This article is being posted from Toronto, Canada By DTN News ~ Defense-Technology News, contact: dtnnews@ymail.com
Posted by DEFENSE NEWS at 8:43:00 PM No comments:

Boeing
(NSI News Source Info) EVERETT, Wash., - June 18, 2010: The Boeing (NYSE: BA) 787 Dreamliner flight test fleet passed 1,000 hours of testing yesterday. The program estimates that it is about 40 percent through the test conditions required to certify the first version of the all-new jetliner. 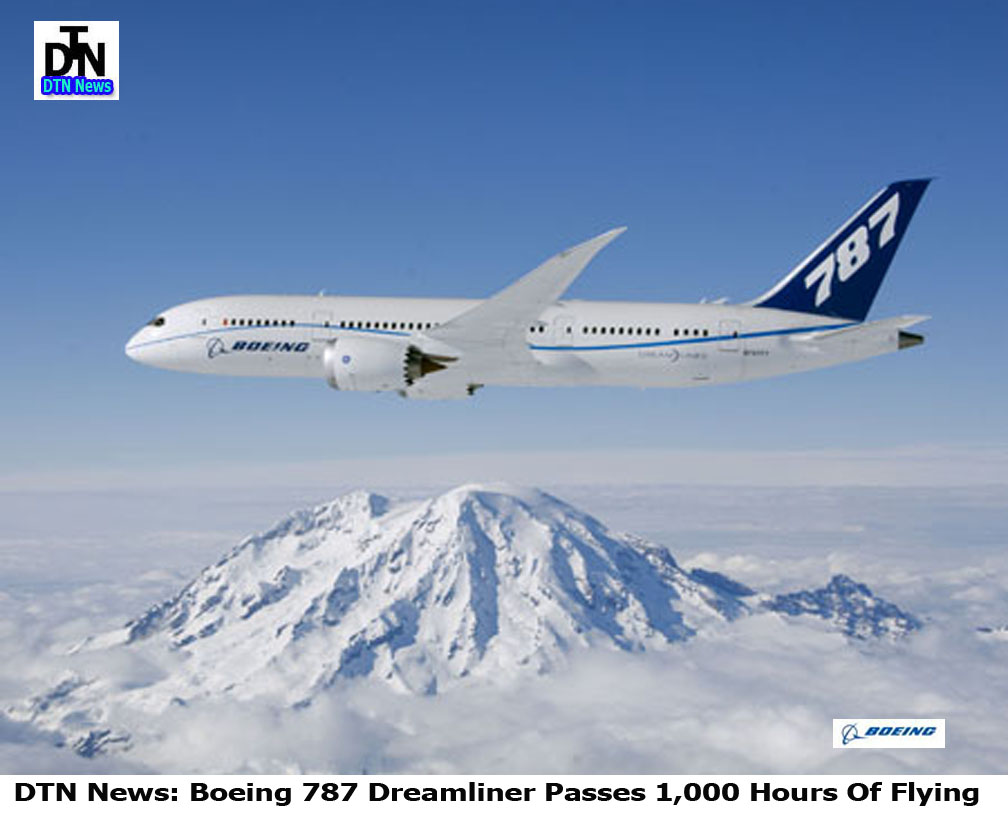 "More work remains but we are seeing excellent progress in flight test," said Scott Fancher, vice president and general manager of the 787 program for Boeing Commercial Airplanes. "Even more important than the hours we've logged are the test conditions we have completed. The team is being very efficient in getting the data we need."
"It's also important to note that we are making solid progress on the ground testing required on the flight test fleet as well," Fancher said.
Follow the progress of 787 flight test at http://787flighttest.com/.
Contact:
Lori Gunter
787 Communications
+1 206-931-5919
Posted by DEFENSE NEWS at 6:47:00 AM No comments: 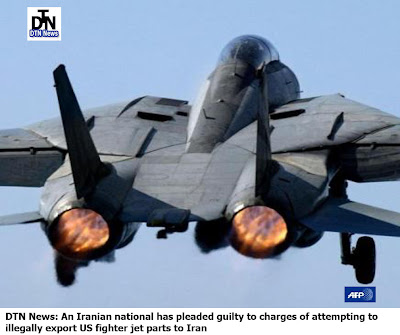 national has pleaded guilty to charges of attempting to illegally export US fighter jet parts toIran, which he purchased from a US undercover agent, the Department of Justice has said.
Omid Khalili was charged in January along with a co-conspirator still at large identified only as Masun. He was arrested in March on arrival in Miami -- presumably from Iran -- and pleaded guilty in a US District Court in Alabama.
For his nine-count indictment on conspiracy, money laundering, smuggling and violations of US laws banning sensitive exports to Iran, Khalili faces a maximum sentence of 10 years in prison and a one million dollar fine if convicted, the Justice Department said.
According to court documents, Khalili and Masun, while "actively working with the Iranian government to procure military items," last year paid the undercover agent more than 70,000 dollars as a downpayment for military aircraft "parts to be shipped to Iran."
The parts were for an aircraft sold to Iran before the 1979 Iranian revolution which is currently only in service with Iran's Air Force, the Justice Department said, apparently referring to the F-14 Tomcat.
Designated as "defense articles," the parts are on a US list of items banned for export without a license from both the State and Treasury Departments due to the US trade embargo on Iran.
"The defendants had not obtained the required US government export licenses for such exports," the Justice Department said.