A sharp global economic downturn had pushed China's top three airlines -- Air China (Shanghai:601111.SS - News; HKSE:0753.HK - News) and China Eastern Airlines (Shanghai:600115.SS - News; HKSE:0670.HK - News) -- into a combined loss of more than $4 billion in 2008, forcing them to slash their capital expenditures.
Meanwhile, Boeing, the No. 2 plane maker behind EADS (Paris:EAD.PA - News) unit Airbus, has also been struggling with a range of supply, manufacturing and design problems, made worse by a two-month strike at its Seattle-area plants last year.
"All of them have already delayed. It's a mutual decision, it's not one-sided," David Wang, president of Boeing's China operations, told Reuters on the sidelines of a business event.
"Based on our delay, we could have aircraft for them by the end of next year, but it's too early for them. Actually they are supposed to get some of the early positions, but they would rather have some of the later positions now."
Chinese carriers, including China Southern Airlines (Shanghai:600029.SS - News; HKSE:1055.HK - News), have ordered nearly 60 Boeing 787 jets, Wang said, adding the Dreamliner is expected to make its first flight by the end of this year with initial delivery expected in the fourth quarter of 2010.
Global orders for the Dreamliner totaled 852 units as of the end of 2008, according to Reuters calculations.
ORDER CANCELLATION?
The Chinese government has handed out cash aid to its ailing airlines and encouraged them to scrap or delay aircraft orders after the country's air travel growth fell into single digits in 2008 for the first time in five years.
China Eastern executives said previously that the carrier would cut the number of plane deliveries this year by nearly half to 13 from 29 and may consider scrapping its previous order for 9 Boeing 787 jets.
Wang did not respond to questions about whether any Chinese carriers had scrapped orders for Boeing's Dreamliner.
But Airbus' China president told reporters in March that the European aircraft maker has had no order cancellations from China.
A few Chinese airlines have asked for delays in taking delivery of previous orders but none has canceled, Laurence Barron told Reuters at the time.
Airbus runs a joint assembly venture in the northern Chinese city of Tianjin, which makes aircraft in the A320 family.
Posted by DEFENSE NEWS at 4:47:00 AM No comments:

PARIS September 7, 2009 (Reuters) - The WTO has found that loans from European governments to Airbus were not only unfair subsidies but in some cases violated a tougher ban on export aid, according to sources familiar with a report that also rejected some U.S. complaints. 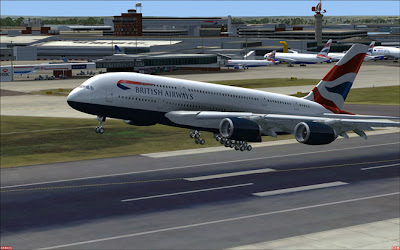 The findings are contained in a confidential interim report distributed by the World Trade Organization to the parties in a row between the United States and European Union over aircraft subsidies that could affect planemakers worldwide.
U.S. lawmakers briefed on the report said on Friday that the WTO had ruled against European government loans for Airbus, backing claims that they harmed Boeing. European sources denied there had been a clear-cut result.
Picking apart the contrasting claims, two sources familiar with the case told Reuters the draft conclusions of a five-year WTO probe overwhelmingly backed U.S. charges that the dozen or so loans were "actionable" subsidies that harmed Boeing.
Washington won a partial victory on a second key claim: that most of the same loans further violated WTO rules by amounting to prohibited export subsidies, the sources said. The extent of the U.S. victory on this point remained unclear.
SUPERJUMBO
Under trade rules, "prohibited" subsidies must be dismantled or amended swiftly after the conclusion of a case without the complainant needing to prove its firms were harmed. "Actionable" subsidies are seen as harder to attack and remedies are slower.
At least one of four loans given by European governments to help fund the A380 superjumbo was cleared of being a banned export subsidy, but the rest were found illegal, sources said.
Washington however lost a third claim: that the overall use of European loans was an invalid program of support in its own right, several sources familiar with the matter said.
The United States had not only attacked the individual loans but claimed they were part of a concerted and open-ended system in a bid to implicate future loans for Airbus's future A350, which fell outside the jurisdiction of the WTO complaint.
Washington is expected to protest those loans separately.
The United States broadly won its case against European Union research and development funding for Airbus, as well as infrastructure projects that Washington regards as a covert boost for the European planemaker, two of the sources said.
R&D spending and infrastructure projects in the United States are also at the center of an EU counter-claim against the United States. The process is about six months behind the U.S. case against Airbus, though the two are not officially linked.
The United States lost its case against loans by the European Investment Bank awarded to Airbus, the sources said.
None of the sources agreed to be identified because no one is authorized to speak publicly about the WTO findings ahead of their publication in several months.
The United States and European Union said on Friday they would not comment on the findings in the 1,000-plus page report, which was passed to them for comments ahead of a final ruling.
Airbus and Boeing declined comment. The European Investment Bank was unavailable for comment.
Posted by DEFENSE NEWS at 4:40:00 AM No comments:

EAST AURORA, N.Y., Sept. 4 /PRNewswire-FirstCall/ -- Moog Inc. (NYSE: MOG.A - News and MOG.B - News) announced today that it is in discussions with GE Aviation Systems, an operating unit of General Electric Company (GE), to purchase its flight control actuation product line located in Wolverhampton in the U.K. GE acquired this business as part of its acquisition of Smiths Aerospace in May of 2007.
The Wolverhampton operation designs and manufactures primary and secondary flight control actuation for a number of commercial and military programs. It supplies high-lift actuation systems for the Boeing 777 and 787 and the Airbus A330 and A380. Wolverhampton also provides primary flight controls for the European fighter, Typhoon, and a main engine lift system for the Rolls-Royce engine on the STOVL version of the U.S. Joint Strike Fighter. The Wolverhampton product line would be complementary to Moog's Aircraft Controls Segment. Wolverhampton sales for the calendar year 2008 were approximately $100 million. Moog's Aircraft Segment is projecting fiscal 2009 sales of $652 million. Moog's total sales for fiscal 2009 are projected at just over $1.8 billion.
Moog and GE have initiated the applicable regulatory filings and expect to sign a definitive purchase agreement very shortly. The transaction is subject to receipt of applicable regulatory approvals and customary closing conditions. Moog has sufficient cash on hand and availability under its revolving credit facility to finance the acquisition.
Moog Inc. is a worldwide designer, manufacturer, and integrator of precision control components and systems. Moog's high-performance systems control military and commercial aircraft, satellites and space vehicles, launch vehicles, missiles, automated industrial machinery, wind energy, marine and medical equipment. Additional information about the company can be found at www.moog.com.
Posted by DEFENSE NEWS at 4:38:00 AM No comments:

GROTON, Conn., Sept. 4 /PRNewswire-FirstCall/ -- The U.S. Navy this week awarded General Dynamics Electric Boat a $31 million contract to plan and perform maintenance and modernization work on U.S. Trident-Class and U.K. Vanguard-Class submarines. Electric Boat is a wholly owned subsidiary of General Dynamics (NYSE: GD - News).
Under the contract from the Navy's Strategic Systems Program, Electric Boat will perform shipboard integration of the fire control system; provide support to the TRIDENT I and TRIDENT II submarine-launched ballistic missile programs; and provide strategic weapon systems technical engineering support. This is follow-on work from a 2008 contract that has now been extended to May 2012.
General Dynamics, headquartered in Falls Church, Virginia, employs approximately 92,000 people worldwide. The company is a market leader in business aviation; land and expeditionary combat systems, armaments and munitions; shipbuilding and marine systems; and information systems and technologies. More information about the company is available on the Internet at www.generaldynamics.com.
Posted by DEFENSE NEWS at 4:35:00 AM No comments: