“We have obtained intelligence that the North has been redesigning its fighter jets since October,” a senior military official said. “We compared old photos of their jets with newly released photos and confirmed that the colors and designs were entirely different.” 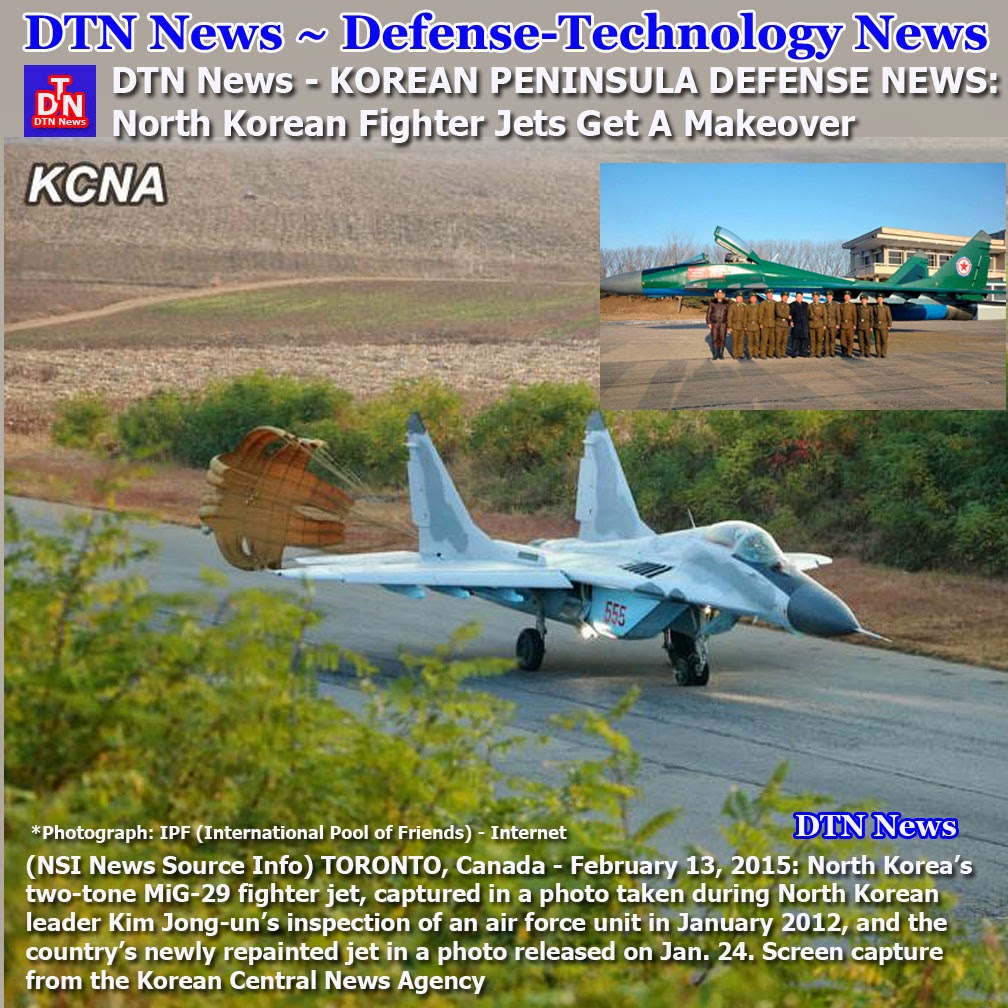 In the past, the North colored its advanced fighter jets of MiG-29s with two tones. The top was painted in a dark green, while the bottom was a sky blue. The two-tone jet was featured in a photograph taken when North Korean leader Kim Jong-un visited the air force’s 1017 unit at the end of January 2012.

MiG-29s are known for their stability and maneuverability in low altitudes, and military sources said North Korea strategically selected both colors. When observed from the sky, the dark green would ideally serve as camouflage against the ground floor, while looking up, the bottom color would blend with the sky.

However, the North was confirmed after October to have changed the colors on the MiG-29s to a general light gray, with the addition of dark gray patterns, which was likely done to mimic cloud patterns. The bottom of the fuselage is painted a light sky blue.

“The change appeared to be intended to better prepare for midair combat, so that enemy pilots will have more difficulty visually detecting the MiGs,” an Air Force official said.

South Korean intelligence authorities said the North is also changing the colors of its low-altitude infiltration aircraft, AN-2s, and its silver-colored MiG-23s.

“The drones discovered last year in Paju were sky blue in color with some lighter patches, so that they could not be visually detected from the ground,” another military official said. “The North probably is changing the colors of its fighter jets for a new purpose.”

The South Korean military said they had also received intelligence that North Korea had developed stealth paint in late 2000.

In its brochures for arms exports, Pyongyang also claimed their weapons have stealth functions and that its guided-missile vessel, which was used Friday in its fire drill in the East Sea, also has a stealth function.

But even if the North’s air and naval fleets are covered with stealth paint, they probably don’t have the capability to avoid radar detection, military officials said.

“Just because you cover it with stealth paint, that doesn’t mean the weapons system will have stealth function,” a senior military official said. “Design and material are key in minimizing the radar cross-section of an aircraft or a vessel to be stealth.

“We no longer fight in combat with visual confirmation, like in World War II,” he said. “Today, it is long-distance combat, using radars to fire at targets from dozens of kilometers away. Just because North Korea changed its color scheme, it won’t bring about a significant improvement.”

The military added that it is equipped with radar systems that cover the entire Korean Peninsula. Additionally, the Airborne Early Warning and Control System, known as Peace-Eye, can detect when North Korean fighter jets take off, even when they are only 10 meters (32 feet) above ground. 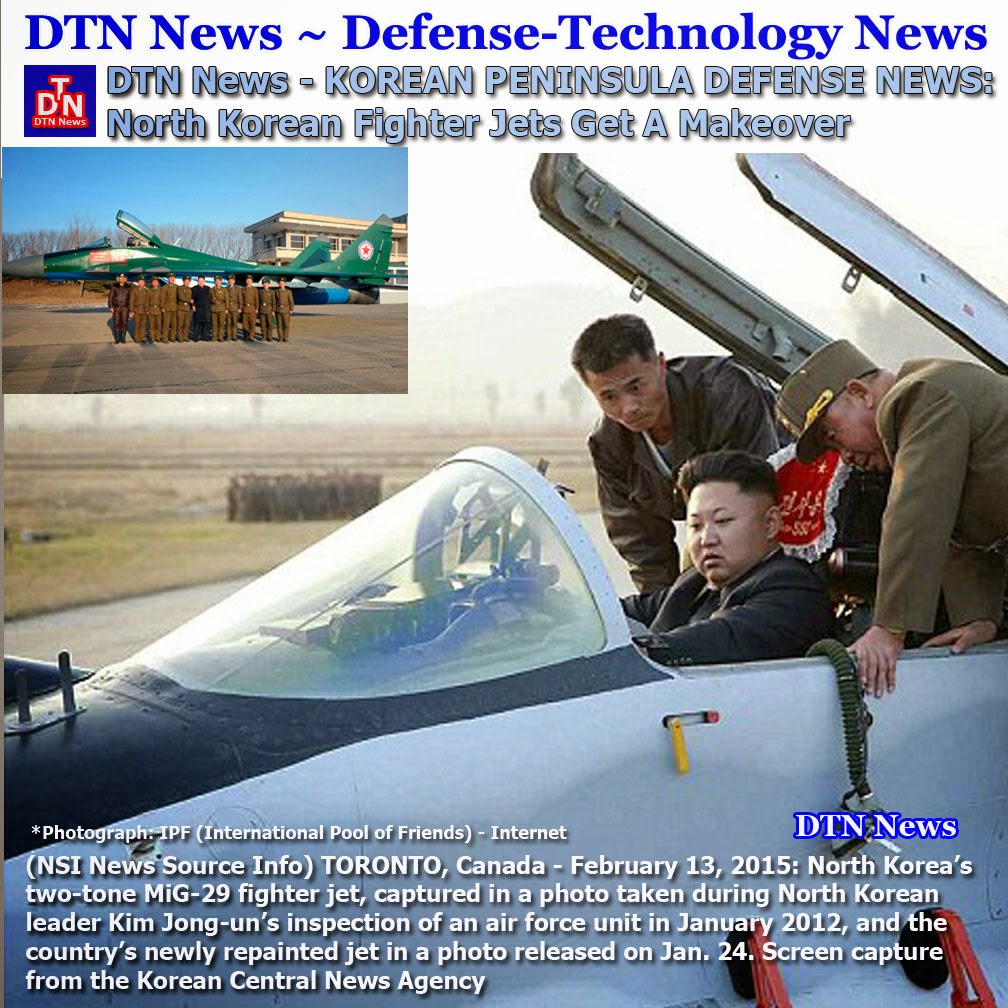 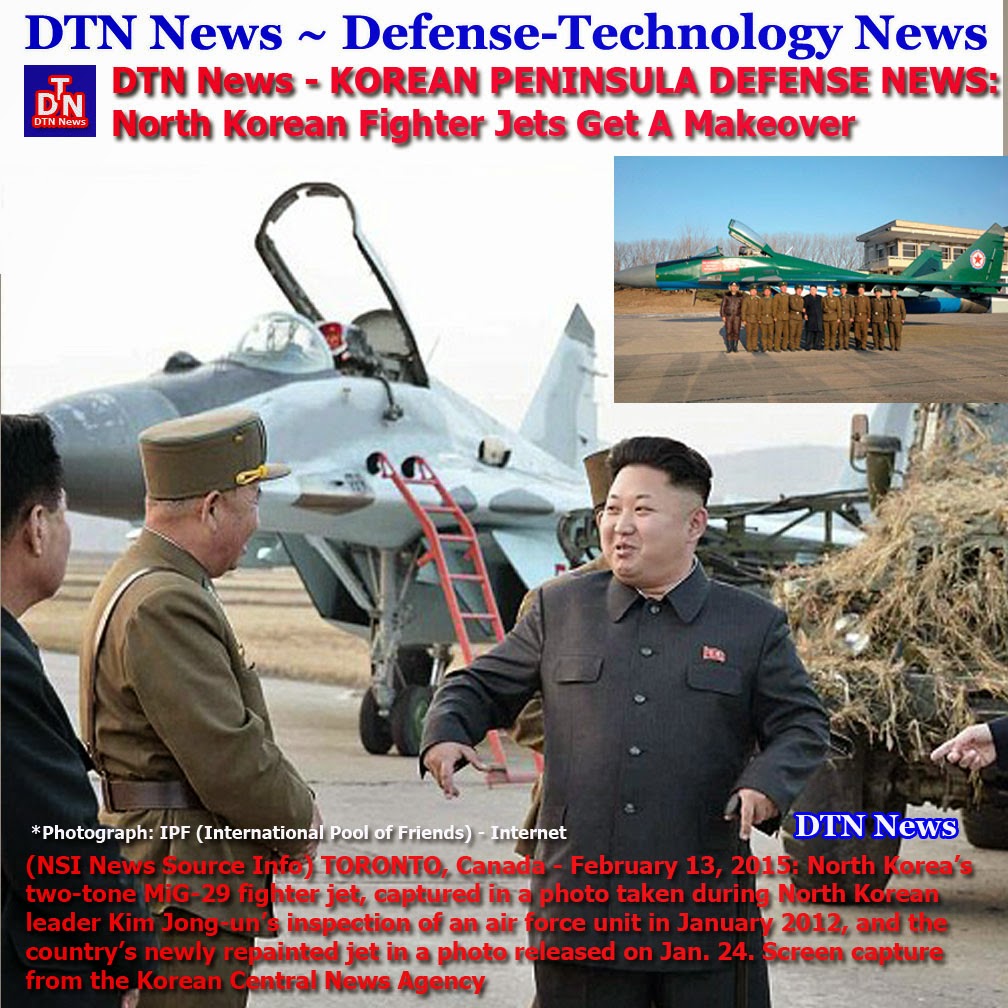 DTN News - EGYPT DEFENSE NEWS: Egypt Opts For The Rafale
*France is to sell 24 Rafale fighter jets to Egypt along with a naval frigate and missiles in a deal worth more than €5 billion, President François Hollande said Thursday, the first time a foreign buyer has been found for the French-built warplanes 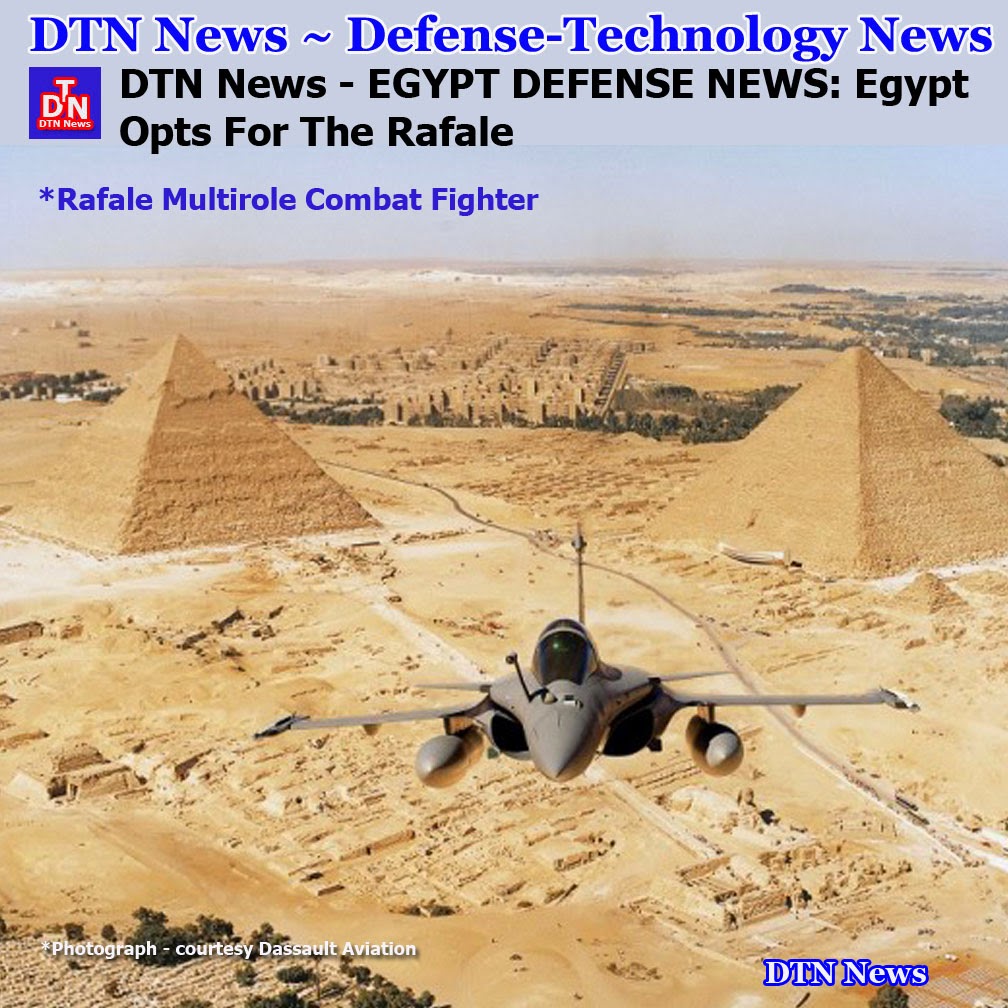 “The Rafale fighter jet has won its first export contract,” Hollande said, confirming a report in French daily Le Monde published earlier Thursday that said a deal had been agreed.
“The Egyptian authorities have just let me know their intention of acquiring 24 Rafale planes, a multi-mission frigate as well as related equipment,” he added.
These last two items are believed to be a FREMM warship, currently used by the French and Italian navies, and a number of short and medium-range missiles built by MBDA.
The deal follows years of failed attempts by France to export the Rafale, described as one of the most effective and sophisticated fighter jets in the world, but also one of the most expensive.
A potential deal to sell the multipurpose warplanes to Brazil  fell through in 2013 when the country chose jets made by Sweden’s Saab instead.
And although manufacturer Dassault Aviation, which launched the Rafale more than a decade ago, has been in exclusive negotiations with India for the last three years, a final deal has yet to be signed.
The French government has reduced its order for the planes to 26 Rafale jets over the next five years, down from 11 a year so far, putting Dassault under further pressure to find a foreign buyer.
Credit facility
A potential deal with Egypt was first muted in November last year during Sisi’s state visit to Paris, according to Le Monde, where discussions were held about replacing Egypt's fleet of 18 Mirage jets, also built by Dassault.
Though funding issues were believed to be a concern, French business daily Les Echos reported earlier this month that the two countries were discussing using a credit facility – arranged by French credit insurer COFACE and involving some of France’s biggest banks – to finance as much as 50 percent of the sale.
France has a history of military hardware deals with Egypt: as well as being the first foreign buyer of the Mirage jet in 1981, Cairo signed a contract last year to buy four French-built naval frigates in a deal worth €1 billion.
Concerns over the rise of jihadist groups in neighbouring Libya and in Egypt’s Sinai province have also seen the countries establish closer ties in recent years.
*Link for This article compiled by K. V. Seth from reliable sources Dassault Aviation & France 24
*Speaking Image - Creation of DTN News ~ Defense Technology News
*Photograph: IPF (International Pool of Friends) + DTN News / otherwise source stated
*This article is being posted from Toronto, Canada By DTN News ~ Defense-Technology News Contact:dtnnews@ymail.com
©COPYRIGHT (C) DTN NEWS DEFENSE-TECHNOLOGY NEWS