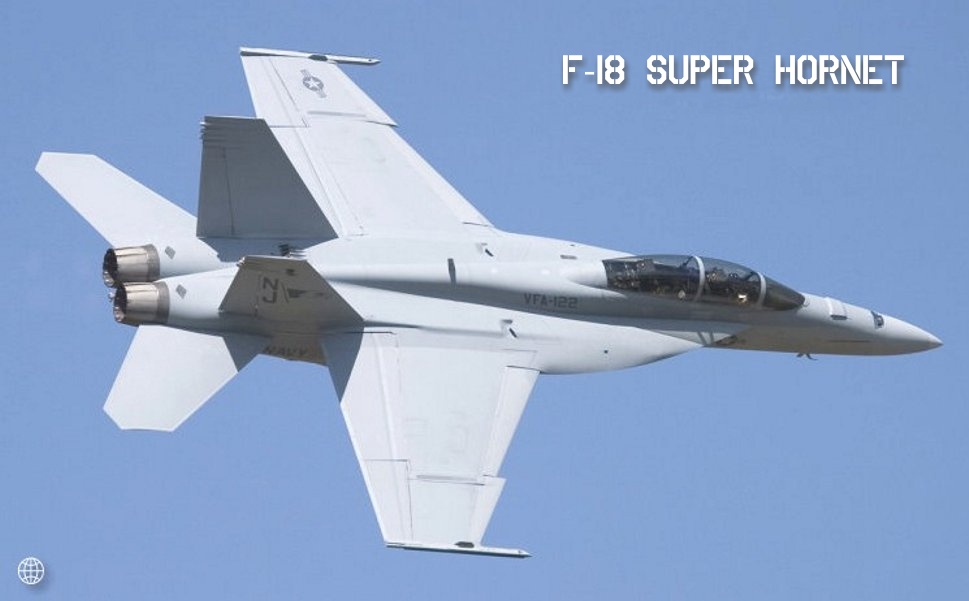 The Navy's Naval Air Systems Command cited an emerging "safety of flight issue" with legacy F/A-18 A through D Hornets, after inspections revealed cracking had occurred earlier than predicted on some of the planes.

The grounding affects 104 of the 635 A through D model fighter jets the Navy owns.

* Hamilton Sundstrand outlook up, Otis down

The diversified U.S. manufacturer said gains in China, which has pulled out of a global economic slump far faster than the United States, and the effects of aggressive cost-cutting last year would allow it to return to a growth footing.

The world's largest maker of elevators and air conditioners reiterated its 2010 forecast, first issued in December, of profit of $4.40 per share to $4.65 per share on revenue of $54 billion to $55 billion.

Analysts, on average, expect $4.63 per share on revenue of $54.8 billion, according to Thomson Reuters I/B/E/S.

The company is starting to see demand pick up in its shorter-cycle businesses, such as Carrier air conditioners, which are ordered closer to delivery than, say, jet engines.

"Markets, especially our short-cycle businesses, are starting to resume momentum," Chenevert told reporters. That recovery could bring "modest" worldwide inflation in materials prices in the coming years, he added.

Shares of Hartford, Connecticut-based United Tech were down less than 1 percent at $71.46 in afternoon trading on the New York Stock Exchange. Over the past year, the blue-chip shares have gained 76 percent, outpacing the 48 percent rise in the Dow Jones industrial average .DJI.

Major U.S. industrials, including United Tech, General Electric Co (GE.N) and Caterpillar Inc (CAT.N), are navigating what thus far has been an uncertain economic recovery in the United States after a brutal downturn, and are counting on quicker growth outside the United States to offset sluggish demand at home.

Carrier's chief, Geraud Darnis, said U.S. demand for residential heating and cooling systems -- which was pounded by the prolonged housing slump -- appears to have bottomed out. [ID:N12140164]

United Tech at the start of this month closed its $1.8 billion acquisition of GE's security products business, its first large deal since Chenevert, 52, was named chairman on Jan. 1, ending a four-year transition of power from George David.

The company is interested in making additional acquisitions in the security and aerospace maintenance sectors but will primarily focus on smaller deals that could boost sales in key emerging markets, including China and India. It is unlikely to do another deal on the scale of GE Security in the near future, Chenevert said.

"I don't see big transactions at this point," Chenevert said.

United Tech's competitors include Eurocopter, a unit of EADS (EAD.PA), in helicopters; GE in jet engines; and ThyssenKrupp AG (TKAG.DE) in elevators.

The company, which also makes Pratt & Whitney jet engines and Black Hawk military helicopters, said on Wednesday that its board had authorized it to buy back to up to 60 million of its shares, worth about $4.3 billion at current prices. It aims to repurchase about $1.5 billion of stock this year. (Reporting by Scott Malone; editing by Gerald E. McCormick, John Wallace, Phil Berlowitz)

United States Geospatial Intelligence Foundation (USGIF)
Defense News ~ WASHINGTON--(BUSINESS WIRE)--USGIF, and the Department of Commerce brought together business and government leaders from around the globe for the 2010 International Commercial Remote Sensing Symposium (ICRSS), which took place March 3 - 5. The event exceeded all expectations with a max capacity exhibit area and registration numbers of almost 400 attendees.

Feedback on the event has been overwhelmingly positive. Both speakers and attendees have expressed desire for ICRSS to become a reoccurring and must-attend event. From its strong agenda of speakers and topics to the ample amount of innovative technologies and organizations, attendees found ICRSS to be well worth its admission.

In parallel of its mission to promote educational success within the tradecraft, USGIF provided academia the opportunity to attend by discounting their admission rate and drawing students from George Mason University, George Washington University, Gettysburg College, National University of Singapore and Washington College.

USGIF is a 501(c)(3) non-profit educational foundation dedicated to promoting the geospatial intelligence tradecraft and developing a stronger GEOINT Community with government, industry, academia, professional organizations and individuals whose mission is the development and application of geospatial intelligence to address national security challenges. For more information, please visit www.USGIF.org.

Notable achievements for the year include:

Loral includes all of Telesat's revenue and Adjusted EBITDA in segment results. Loral's income statement, however, reflects its 64 percent economic interest in Telesat under the equity method of accounting.

"SS/L and Telesat continue to deliver outstanding performance," said Michael B. Targoff, chief executive officer of Loral Space & Communications. "When you add together 64 percent of the value of Telesat, as indicated by its EBITDA and debt level, with the value of SS/L and our other assets, the success of our strategy for shareholder value creation is evident. Moreover, 2009 operating results and year end backlog buoy our expectations for continued growth."

In the fourth quarter of 2009, SS/L was awarded two contracts for satellites for direct-to-home television service, one for EchoStar and the other for Telesat. Contracts awarded during the year were for five different well-established operators including AsiaSat, Intelsat, Hughes Network Systems, Telesat and EchoStar Corporation. These include satellites for direct-to-home television, broadband access, and standard fixed satellite services applications.

"On top of good performance, SS/L's results were enhanced by scope changes on certain contracts, and other items totaling approximately $25 million, that we cannot expect to be repeated," said Michael Targoff. "Thus, while we believe SS/L's performance will continue to benefit from margin improvement initiatives and increased sales volume, it is unlikely that our improved performance will replace the full amount of these beneficial items."

Telesat continues to reduce leverage through the growth of Adjusted EBITDA and the accumulation of cash. During 2009 the ratio of net debt to Adjusted EBITDA decreased from 7.3 times to less than 5.5 times. In addition, Adjusted EBITDA exceeded interest expense by more than two times. Telesat ended the year with CAD 154 million in cash and no drawings under its CAD 153 million revolver. Over the next four years, less than 10 percent of Telesat's CAD 3 billion debt is required to be repaid.

Loral's chief executive officer Michael B. Targoff will host a conference call and web cast on Monday, March 15, at 11:00 a.m. ET to discuss the company's fourth quarter and year end 2009 results. To participate, please dial (973) 200-3060 or toll free at (877) 831-3841 approximately ten minutes prior to the scheduled start of the call. A listen-only web cast of the call is available on the Investor Relations section of Loral's web site (www.loral.com) under "Events & Presentations." A replay of the web cast will be available for 30 days.

A full discussion of Loral's results is contained in the company's Form 10-K, which will be available on the company's web site at www.loral.com or on the SEC's EDGAR service at www.sec.gov.

This document contains forward-looking statements within the meaning of the U.S. Private Securities Litigation Reform Act of 1995. When used in this press release, the words "believes," "expects," "plans," "may," "will," "would," "could," "should," "anticipates," "estimates," "project," "intend" or "outlook" or other variations of these words or other similar expressions are intended to identify forward-looking statements and information. In addition, Loral Space & Communications Inc. or its representatives have made or may make forward-looking statements, orally or in writing, which may be included in, but are not limited to, various filings made from time to time with the Securities and Exchange Commission, and press releases or oral statements made with the approval of an authorized executive officer of the company. Actual results may differ materially from anticipated results as a result of certain risks and uncertainties which are described as "Risk Factors" and in the "Commitments and Contingencies" note to our financial statements in the company's annual report on Form 10-K for the fiscal year ended December 31, 2009. The reader is specifically referred to this document, as well as the Company's other filings with the Securities and Exchange Commission.

Risks and uncertainties include but are not limited to (1) risks associated with financial factors and our investment in Telesat, including global economic conditions, our history of losses, financial covenants in SS/L's credit agreement, the structure of our investment in Telesat, Telesat's leverage and volatility in Canadian/U.S. exchange rates; (2) risks associated with satellite manufacturing, including competition, contractual risks, creditworthiness of customers, performance of suppliers and management of our factory and personnel; (3) risks associated with satellite services, including dependence on large customers, launch delays and failures, in-orbit failures and competition; (4) regulatory risks, such as the effect of U.S. export control and economic sanction laws and U.S., Canadian and foreign government regulation of satellite services; and (5) other risks, including possible conflicts of interest with our significant shareholder, litigation and market risks. The foregoing list of important factors is not exclusive. Furthermore, Loral operates in an industry sector where securities values may be volatile and may be influenced by economic and other factors beyond Loral's control.

2The common definition of EBITDA is "Earnings Before Interest, Taxes, Depreciation and Amortization". In evaluating financial performance, we use revenues and operating income (loss) before depreciation, amortization and stock-based compensation (including stock-based compensation from SS/L Phantom SARs expected to be settled in Loral common stock) ("Adjusted EBITDA") as the measure of a segment's profit or loss. Adjusted EBITDA is equivalent to the common definition of EBITDA before: goodwill and other impairment charges; gain on foreign exchange contracts; gains or losses on litigation not related to our operations, impairment of available for sale securities; loss on extinguishment of debt; other income (expense) and equity in net income (losses) of affiliates.

Adjusted EBITDA allows us and investors to compare our operating results with that of competitors exclusive of depreciation and amortization, interest and investment income, interest expense, goodwill and other impairment charges, gains or losses on foreign exchange contracts, gains or losses on litigation not related to our operations, impairments of available for sale securities, other income (expense) and equity in net income (losses) of affiliates. Financial results of competitors in our industry have significant variations that can result from timing of capital expenditures, the amount of intangible assets recorded, the differences in assets' lives, the timing and amount of investments, the effects of other income (expense), which are typically for non-recurring transactions not related to the on-going business, and effects of investments not directly managed. The use of Adjusted EBITDA allows us and investors to compare operating results exclusive of these items. Competitors in our industry have significantly different capital structures. The use of Adjusted EBITDA maintains comparability of performance by excluding interest expense.

We believe the use of Adjusted EBITDA along with U.S. GAAP financial measures enhances the understanding of our operating results and is useful to us and investors in comparing performance with competitors, estimating enterprise value and making investment decisions. Adjusted EBITDA as used here may not be comparable to similarly titled measures reported by competitors. We also use Adjusted EBITDA to evaluate operating performance of our segments, to allocate resources and capital to such segments, to measure performance for incentive compensation programs and to evaluate future growth opportunities. Adjusted EBITDA should be used in conjunction with U.S. GAAP financial measures and is not presented as an alternative to cash flow from operations as a measure of our liquidity or as an alternative to net income as an indicator of our operating performance.