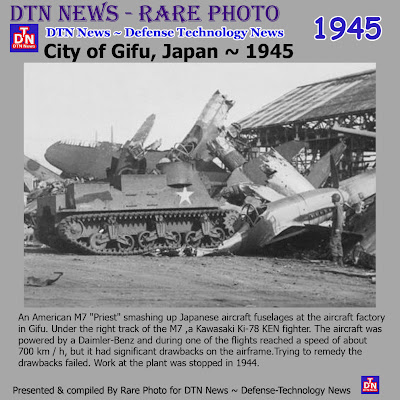 The aircraft was powered by a Daimler-Benz and during one of the flights reached a speed of about 700 km / h, but it had significant drawbacks on the airframe.Trying to remedy the drawbacks failed. Work at the plant was stopped in 1944. 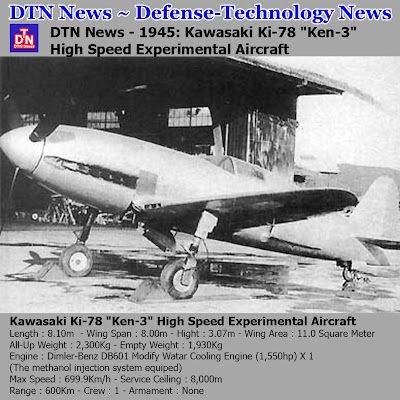 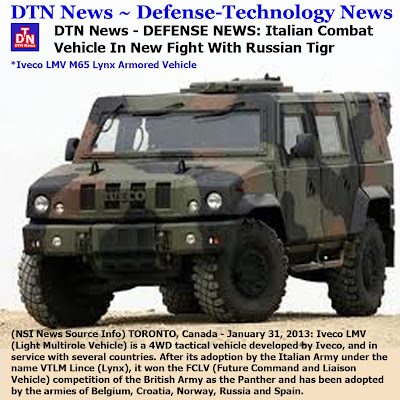 (NSI News Source Info) TORONTO, Canada - January 31, 2013: A controversial contract for the delivery of Italian light multirole vehicles (LMV) to Russia appears to have survived the recent reshuffle of the Russian Defense Ministry's leadership that saw the dismissal of Defense Minister Anatoly Serdyukov and his arms procurement chief Alexander Sukhorukov.
But future deliveries of the Lynx may depend on new trials to be held within months as newly-appointed Defense Minister Sergei Shoigu and his team want to eliminate all controversy around the contract.
Serdyukov and Sukhorukov actively lobbied for the Iveco LMV M65 Lynx, which was picked over the locally produced GAZ-2330 Tigr armored vehicle in a rare departure from the military's principle of "buying domestic."
Tigr is a high-mobility multirole military vehicle manufactured by Russia’s Military-Industrial Corporation (MIC), a GAZ Group division, at the Arzamas machine-manufacturing plant.
The decision to buy Lynx has been widely publicized in Russia, after the Italian vehicle proved its superb armor protection during NATO operations in Iraq and Afghanistan but Tigr, which the maker claims is at least 70 percent cheaper, showed superior off-road performance at the Russian comparative trials in 2010 and is considered by Russian experts to be better suited to the needs of the Russian army.

© RIA Novosti.
The LMV M65 Lynx Armored Car
Russian critics have also argued the initial agreement on the purchase of 60 vehicles, signed in 2011, did not stipulate post-assembly servicing, the supply of spare parts and training of Russian personnel by Italian experts.
Russia is planning to resolve these issues through additional negotiations in the near future, according to Deputy Defense Minister Yury Borisov, who replaced Sukhorukov in the wake of the reshuffle in November 2012.
Russia has a solid contract for the delivery of 358 Iveco LMVs, dubbed Rys in Russian, and the ministry has no intention of scrapping this contract, Borisov said in December last year.
The first 57 vehicles were assembled last year with 10 percent local content at a plant in Voronezh. The remaining vehicles will be assembled in 2013 at a new KAMAZ plant in Tatarstan, which has the capacity to assemble up to 500 Iveco LMVs per year with 50-80 percent local content, according to KAMAZ officials.
Meanwhile, the fate of a possible huge follow-on order for LMVs in Russia has not yet been sealed.
As part of the 2011-2020 state arms procurement program, the Defense Ministry plans to buy 1,775 LMVs by 2015 for $1 billion, and they may not all be Iveco models.
In December, Shoigu ordered new comparative tests of the Rys and the improved Tigr-M, which features a new Russian-made YaMZ-534 diesel engine, improved armor, and protection against nuclear, biological and chemical threats.
The trials, to be held in the first quarter of 2013, will focus on testing the vehicles' armor, MIC spokesman Sergei Suvorov confirmed in an interview with RIA Novosti on Monday.
“Despite the claims of superb protection [by NATO standards], the Iveco vehicle’s armor has never been tested in Russia,” Suvorov said. He also claimed Tigr-M provides adequate armor protection which covers a larger area of the vehicle interior than the Italian vehicle.
The Iveco and Tigr vehicles employ a different design philosophy in the way they use armor to protect their crews. The Russian vehicle is equipped with a solid armored shell, while the Italian model uses armor panels attached to the vehicle's frame.
The interior of the vehicles also differ significantly. The Iveco interior has several partitions, with the driver and commander separated from the passengers. In contrast, the Tigr is not internally partitioned, and any passenger can take the wheel without exiting the vehicle - an obvious safety feature in battle.
The Italian vehicle is also smaller and can seat just five people, including the driver, whereas the Tigr seats nine.
Italy, a NATO member, has produced Lynx LMVs for a number of European countries, including Austria, Belgium, Britain, Norway and Spain, at a unit cost of about $300,000.
Suvorov refused to comment on the future of the Iveco contract in Russia, saying a decision will be made by Russia’s top military leadership regardless of the outcome of the new tests.
“Our concern is to provide a reliable and efficient combat vehicle for the Russian military, which we did,” he said. “The rest is up to the military commanders.” 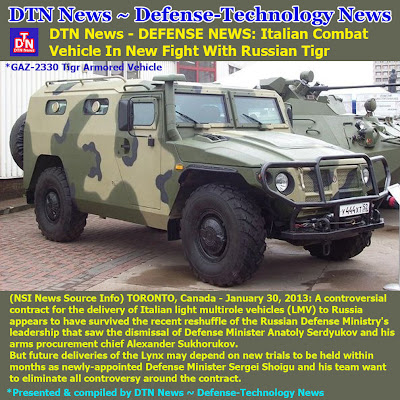