PARIS, Nov 8 (Reuters) - French aircraft manufacturer Dassault Aviation (AVMD.PA) denied a newspaper report on Friday that it was cutting the price of its Rafale fighter jet by 40 percent to secure a sale to the Brazilian army. 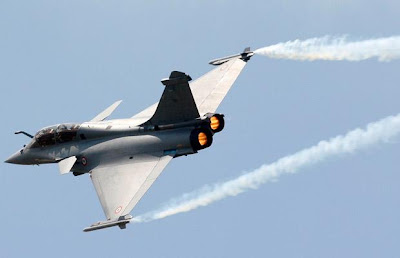 French newspaper Liberation said the manufacturer was offering the reduction in order to boost the chances of selling Brazil 36 of the aircraft, which are still seeking export buyers, despite major efforts by French authorities.

"The information in the article is false," said a Dassault spokesman. "We do not negotiate in public," he added.

The paper, whose article cited "good sources", said Dassault was complying with French President Nicolas Sarkozy's wishes after he committed to getting the price of the Rafale down during his visit to Brazil in September.

The Rafale is competing against Boeing's (BA.N) F18 and Saab's (SAABb.ST) Gripen NG, both of which would be cheaper for Brazil's Army, Liberation said.

Detailed negotiations over the possible sale of 60 Rafale aircraft to the United Arab Emirates are underway, while Kuwait said in October it was hoping to buy Rafales and was awaiting terms from Paris. [ID:nLL280569] (Reporting by Laure Bretton; Writing by Helen Massy-Beresford; Editing by David Holmes)
Posted by DEFENSE NEWS at 3:17:00 AM No comments: