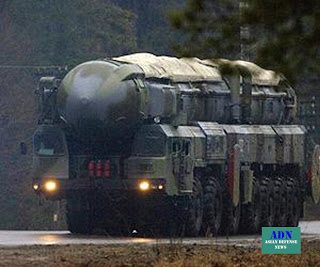 Over 19 trillion rubles ($665 billion) has been set aside for the state arms procurement program, Serdyukov told a military board meeting attended by Russian President Dmitry Medvedev.

"I cannot be specific about the details but new design solutions will significantly boost the fire control and communications components of the system," said Yury Solomonov, general designer at the Moscow Institute of Thermal Technology.

"The Armed Forces will receive new strategic and tactical missile systems, such as RS-24 Yars, Bulava and Iskander M," Putin said at a meeting with defense industry officials in the southern Siberian republic of Udmurtia. "Starting from 2013, the production of [ballistic] missile systems must be doubled."

Putin said Russia will invest 77 billion rubles ($2.6 bln) in the production of ballistic missiles in line with a state program on the modernization of the defense industry until 2020.

Missile manufacturers, including a missile production plant in Votkinsk, will receive 15 billion rubles ($500 mln) in the next three years for the development of production capacity, the prime minister said.

"The financing will gradually increase in the future," Putin added.