Source: DTN News / AgustaWestland
(NSI News Source Info) VERGIATE, Italy - August 12, 2010: AgustaWestland, a Finmeccanica company, is pleased to announce the signing of a contract by the Government of Panama for six AW139 medium twin engine helicopters. The contract also includes pilot and maintainer conversion to type training. Four aircraft will be equipped to perform a wide range of national and public security roles, one will be used for utility missions and the last aircraft will be used to transport senior government officials and other VIPs.
Emilio Dalmasso, Senior VP Commercial Business Unit, AgustaWestland said after the signing of the contract “We are delighted that the AW139 has been selected by the Government of Panama for this important requirement. This latest endorsement by the Government of Panama is further recognition that the AW139 continues to be the outright leader in its class.” 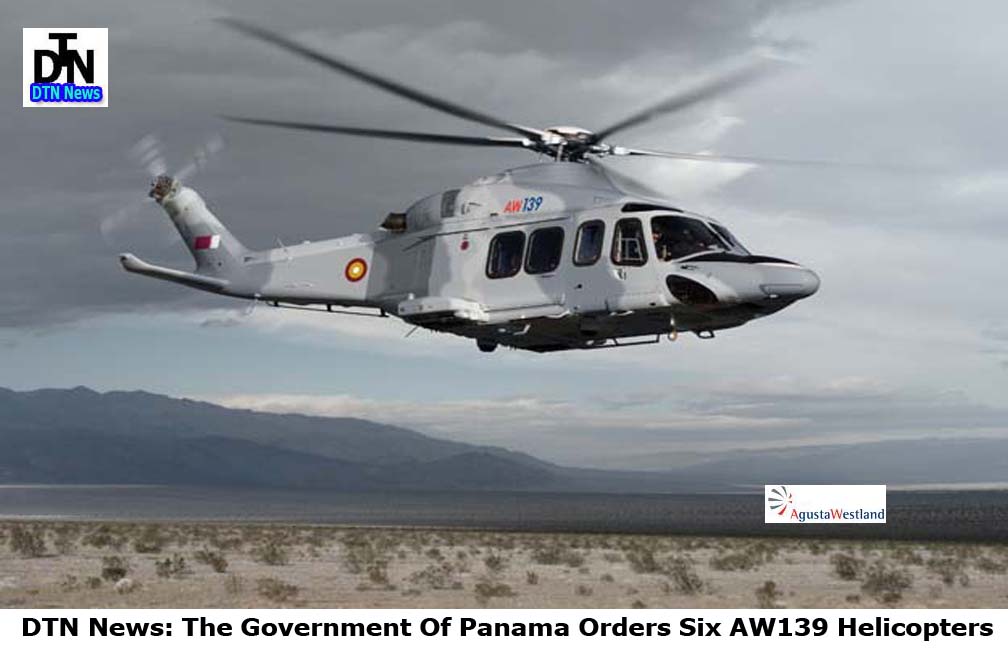 The two powerful PT6C-67C turboshaft engines, each producing 1,252 kW (1,679 shp) give the AW139 class leading performance with a maximum cruise speed of 167 knots (310 km/h). The aircraft has a range of over 1000 km or an endurance of over 5 hours with auxiliary fuel, making it ideal for long range transport and for border patrol missions. The cockpit features the latest technology including a Honeywell Primus Epic® fully integrated avionics system, a 4-axis digital Automatic Flight Control System and large flat panel colour displays - reducing pilot workload and allowing the crew to concentrate on the mission.
Over 470 orders have been placed by almost 130 customers from over 50 countries to date, making it the benchmark helicopter in the medium twin category for a wide range of roles including EMS/SAR, offshore transport, VIP/corporate transport, law enforcement, fire fighting and other government duties.
This latest contract for AW139s further expands the presence of AgustaWestland in the Panamanian helicopter market where the company has already sold four AW119Ke single engine helicopters.
Posted by DEFENSE NEWS at 9:39:00 AM