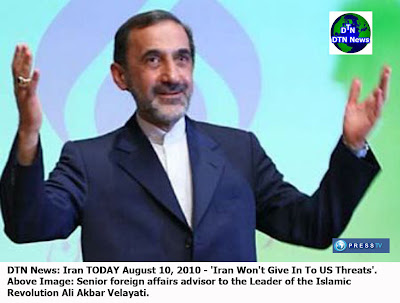 Iran's national museum is set to display a selection of its relics in an Islamic art exhibition in the southeastern Brazilian state of Rio de Janeiro.

Expert sold US secrets to China

A federal jury in the US state of Hawaii has convicted a former B-2 bomber jet engineer of selling military secrets to China between 2003 and 2005.

Iran's gas exports have increased by more than 50 percent in the first four months of the Iranian calendar year, compared to the same period last year.

'Leader decides on any US talks'

An Iranian lawmaker says strategies for any future talks with the United States should be decided by the Leader of the Islamic Revolution Ayatollah Seyyed Ali Khamenei.

Scientists have warned of the effect of global warming on rice yields, saying climate change will make it harder to feed the world's growing population.

Iranian Foreign Ministry Spokesman Ramin Mehmanparast has announced Iran's readiness to hold talks with the Vienna Group over fuel swap based on the Tehran nuclear declaration.

US President Barack Obama has attacked the financial policies of his predecessor George W. Bush as the country's troubled economy continues to take its toll on Americans.

Confessions made by Omar Khadr, who was captured by US troops when 15, can be used as evidence in trial despite claims they were obtained through torture.

Honda is recalling more than 384,000 vehicles due to a defective ignition interlock mechanism as the automaker tries to restore its reputation.
Posted by DEFENSE NEWS at 5:34:00 AM