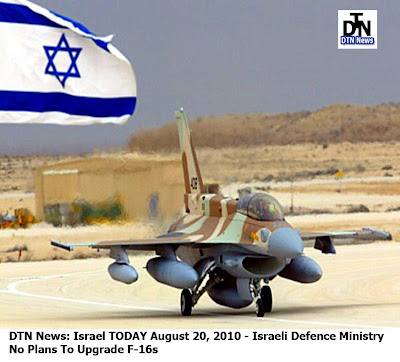 Martin F-35 fighters. The $2.75 billion deal has been the subject of US-Israeli discussions over Israeli industrial co-operation and the extent to which the country will be allowed to install its own electronic warfare systems in the stealth fighter.
A defence ministry source says: "We have the needed understanding with the Americans that allowed us to make the decision."
For the Israeli air force, the key fighter procurement consideration is the replacement of older aircraft, and air force sources suggest that as the F-35 is the only option, further orders should be expected to follow the first 20.
The sources emphasise that the exact number of new combat aircraft will be determined after the air force gets to know the operational capabilities of the F-35 in the Middle East arena. The original plan was to purchase 75 F-35s, but the number for the initial contract was lowered, because of budget problems and other urgent needs of the air force.
One source stresses that the air force has got to maintain a "critical mass" in terms of fighter numbers, as its particular requirements demand the fulfilment of more missions per aircraft than any other air force. The source says that the air force is the "right size" and thus cannot foresee its number of aircraft shrinking under any budget limitations.
The source further confirmed that there is no intention to upgrade the air force's Lockheed Martin F-16 A/Bs and that this will affect future procurement plans. The service operates 104 F-16 A/B and if these are phased out gradually in the coming years there will be a requirement for a replacement to keep the number of combat aircraft above the "red line".
*Link to this article "Israeli Defence Ministry No Plans To Upgrade F-16s ~ By Arie Egozi Flight Global"
*This article is being posted from Toronto, Canada By DTN News ~ Defense-Technology News, contact: dtnnews@ymail.com
Posted by DEFENSE NEWS at 11:46:00 AM