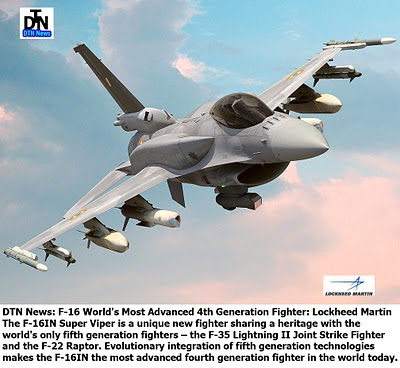 dia’s Medium Multi-Role Combat Aircraft (MMRCA) program, a competition with a $10 billion-plus payday for providing 126 aircraft.
Opinions vary widely among observers on how long it will take to narrow the field to two finalists from among the MiG-35, Dassault Rafale, EADS Eurofighter, Saab Gripen, Boeing F/A-18 and Lockheed Martin F-16.
Some speculate an announcement might come in just two weeks. Others insist it will take much longer to evaluate the extensive technical reports that the tests have produced. Regardless, a commercial bidding process will follow the announcement. Final selection is to be made by the end of 2011.
Trials included 643 test points. Results are being forwarded as tabulated data without a quantification of the level of compliance achieved, a senior Indian air force official reports. “We have done an objective assessment and are taking into account the needs of national security,” he says. But cost and politics will play a role in the defense ministry’s selection, he acknowledges. French President Nicolas Sarkozy’s visit to India this year is expected to be followed by a host of inducements, including a large transfer of technology, on behalf of the Rafale.
India has yet to sign the Communications and Information Security Memorandum of Agreement with the U.S. that sets limits on what sensitive technology the U.S. will export. It may be signed during President Barack Obama’s scheduled visit to India in November.
Beyond informal briefings said to already have taken place, the six manufacturers are to receive a 250-page technical evaluation of how they did. Problems during the trials included the failures of engines and large electromechanical actuation systems.
Meanwhile, the defense ministry has revealed that it will buy 42 more Su-30MKI fighters, with deliveries to unfold between 2014-2018 (Aerospace DAILY, Aug. 11). The $4.3 billion deal, which will run through Hindustan Aeronautics Ltd., is a top-up order that is to bring the Indian Su-30 inventory to more than 250 aircraft and the number of HAL-assembled versions to close to 200 fighters.
Talks continue with Russia about joint development of the T-50 (or PAK-FA), a fifth-generation fighter developed by Sukhoi. The program is valued at $8 billion. Whether those talks will work to the advantage of the MiG-35 MMRCA fighter candidate is unclear.
Posted by DEFENSE NEWS at 10:24:00 AM