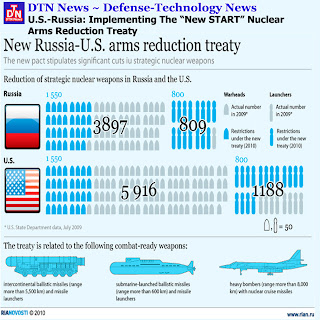 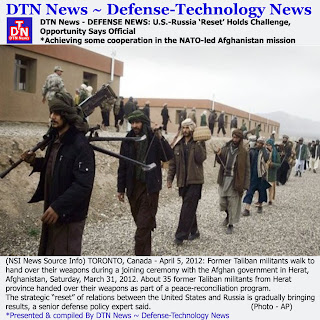 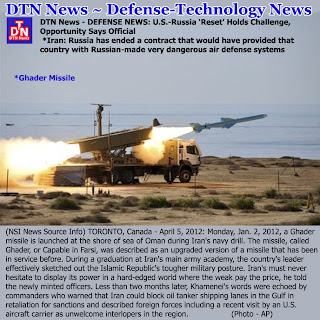 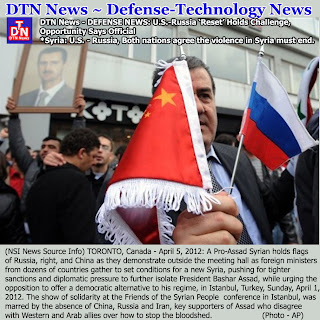 Celeste A. Wallander, deputy assistant secretary of defense for Russia, Ukraine and Eurasia policy, discussed challenges and opportunities in U.S.-Russia relations with members of the Women's Foreign Policy Group here today.
The reset strategy is “to cooperate in areas where we can cooperate with Russia, in areas that serve American national interest … and communicate clearly and honestly” on topics where the two governments don’t agree, she said.
The United States and Russia have made some important progress, Wallander noted, including:
-- Implementing the “New START” nuclear arms reduction treaty;
-- Making progress toward agreement on Iran;
-- Achieving some cooperation in the NATO-led Afghanistan mission; and
-- Strengthening defense and security communication both between the two nations and between Russia and NATO.
“The New START treaty was an important achievement. … It is another step in reducing global nuclear weapons stockpiles,” she said. The treaty also re-established regular mutual nuclear weapons inspections and meetings involving American and Russian military leaders and nuclear experts, she added.
On Iran, Russia has ended a contract that would have provided that country with Russian-made “very dangerous air defense systems,” Wallander said, and Russia supports the Afghanistan effort by allowing U.S. and NATO troops and cargo to travel through its territory.
The U.S.-Russian defense relations working group and the NATO-Russian council allow both regular high-level meetings and daily working-level discussions among U.S., NATO and Russian defense and strategy experts on security issues including countering piracy, narcotics trafficking and terrorism, she added.
Wallander also listed areas where the United States and Russia “don’t see eye to eye,” including Syria and the U.S. four-phase approach to European missile defense.
Both nations agree the violence in Syria must end, she said, and President Barack Obama and Russian President Dmitry Medvedev agreed during their March meeting in Seoul, South Korea, to support the mission to Syria that Kofi Annan has undertaken as a United Nations and Arab League representative.
The two countries have not agreed on whether or when other nations should take action against Syrian President Bashar Assad’s regime, she noted, but even in disagreement the U.S.-Russian relationship is “certainly in a better place” than in past years, when representatives and leaders “would have been talking at one another, not with one another.”
The United States views Russia as occupying Georgian territory in South Ossetia and Abkhazia, Wallander said. While U.S. leaders know Russia’s policies about the disputed areas, she added, they “don’t accept them.”
Georgia and Russia have held regular bilateral talks in Geneva since they first clashed over the two republics in 2008, she noted. She added U.S. support to these talks demonstrates the “reset” strategy, emphasizing that even small steps build transparency and understanding, if not agreement, between Russia and the United States.
The United States takes a similar approach to Russia’s objections to the U.S. European missile defense plan, she added. That plan calls for a steady buildup of sea- and land-based systems designed to protect European nations and U.S. troops in Europe from a growing threat of missile attack from the Middle East, particularly Iran, she explained.
Wallander said the plan is based on an assessment that over the next 10 years Iran poses a “small, relatively straightforward nuclear missile threat” to nations in Europe, and the defense systems called for in the phased approach will not have the capability to threaten Russia.
The United States has invited Russia to participate in planning and implementing the missile defense systems, but with little success, she noted. Still, the United States remains “committed to seeking cooperation” on this and other issues, she added.
Civil demonstrations around the recent Russian presidential election demonstrate the long-term potential of the “reset” approach, she noted. The U.S. strategy, she said, aims at a prosperous, secure, militarily modern Russia that has transitioned to fully democratic government and is committed to building regional stability.
“We’ve seen a Russian … middle class that wants that, too,” Wallander said. “The next couple of years will be really interesting and really important for Russia’s future,” she said.
*Link for This article compiled by Roger Smith from reliable sources By Karen Parrish - American Forces Press Service*Speaking Image - Creation of DTN News ~ Defense Technology News *This article is being posted from Toronto, Canada By DTN News ~ Defense-Technology News Contact:dtnnews@ymail.com ©COPYRIGHT (C) DTN NEWS DEFENSE-TECHNOLOGY NEWS
Posted by DEFENSE NEWS at 10:07:00 AM