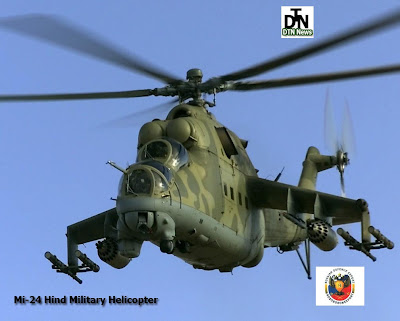 military assistance to Lebanon.
In 2009 the United States approved $100 million in assistance to the Lebanese military and the Obama administration has requested a similar amount for 2011, in addition to small increases for anti-narcotics, anti-terror and military training programs.
Since 1976 Israel had been the largest annual recipient of U.S. foreign assistance, with Congressional Research Service in a November 2001 report, "Israel: U.S. Foreign Assistance," placing U.S. aid to Israel over the last five decades at $81.3 billion. Israel remains the top recipient of U.S. military and economic assistance, with annual assistance now running approximately $3 billion annually, of which about $1.8 billion a year consists of Department of Defense Foreign Military Financing grants, with State Department Economic Support Funds accounting for the remaining $1.2 billion.
Israel is concerned that the recent border incident involved Lebanese Armed Forces personnel, as the Israel Defense Force's Northern Command assumes that border incidents would involve Hezbollah rather than LAF soldiers.
Besides the border incident, regional tensions are rising as a U.N. tribunal is expected shortly to issue indictments in the 2005 assassination of former Lebanese Prime Minister Rafik Hariri, with Beirut-based Hezbollah leader Sayyid Hassan Nasrallah remarking that the tribunal will wrongfully implicate several Hezbollah members in Hariri's assassination.
While Israel views with growing alarm what it sees as the increasing radicalization of the LAF and increasing anti-Israeli rhetoric, it is also noting with concern recent Lebanese arms purchases from the United States and Russia. These include combat air-support aircraft fitted with Hellfire anti-armor missiles as well as Raven miniature unmanned aerial vehicles, while reports indicate that Russia is selling Lebanon several attack helicopters.
During last month's Farnborough 2010 air show, Rosoboronexport delegation head Sergei Kornev, who is also the head of the Rosoboronexport department for exporting air force special equipment and services, said, "We received a request from the Lebanese side on obtaining helicopters and could not fail to respond to it. The possibility is currently being considered to deliver Mi-24, Mi-17 and Ka-32 helicopters. As soon as we agree with our partners what type of helicopters they need, it will be possible to conclude a contract and report the timeframe for its implementation."
Speaking on condition of anonymity, a senior IDF official said, "If the LAF is becoming more radical and aligning itself with Hezbollah, the U.S. would do well to reevaluate the continued military support it is providing Lebanon."
The Israeli and Lebanese armed forces are currently separated along the Israeli-Lebanese border by approximately 12,000 U.N. Interim Force in Lebanon peacekeepers, where UNIFIL forces have been deployed since 1978.
Posted by DEFENSE NEWS at 12:01:00 PM