Defense News: DTN News: Dmitri Medvedev In Washington "Hamburger Versus AK-47"
*Analysis: What a blissful and pleasant scenario to see the world's two most powerful leaders grabbing a burger and fries at the Arlington eatery Ray's Hell Burger? Should majority of the world leaders follow the path of Obama - Medvedev, needless to say AK-47 would remain sealed in it's original packing. By Roger Smith - DTN News Defense-Technology News.

Source: DTN News By Roger Smith
(NSI News Source Info) TORONTO, Canada - June 25, 2010: Prior to the G20, the members of the G8 meetings in Canada., Russian President Dmitry Medvedev has toured the U.S. this week and his visit goes beyond the usual White House press conference. 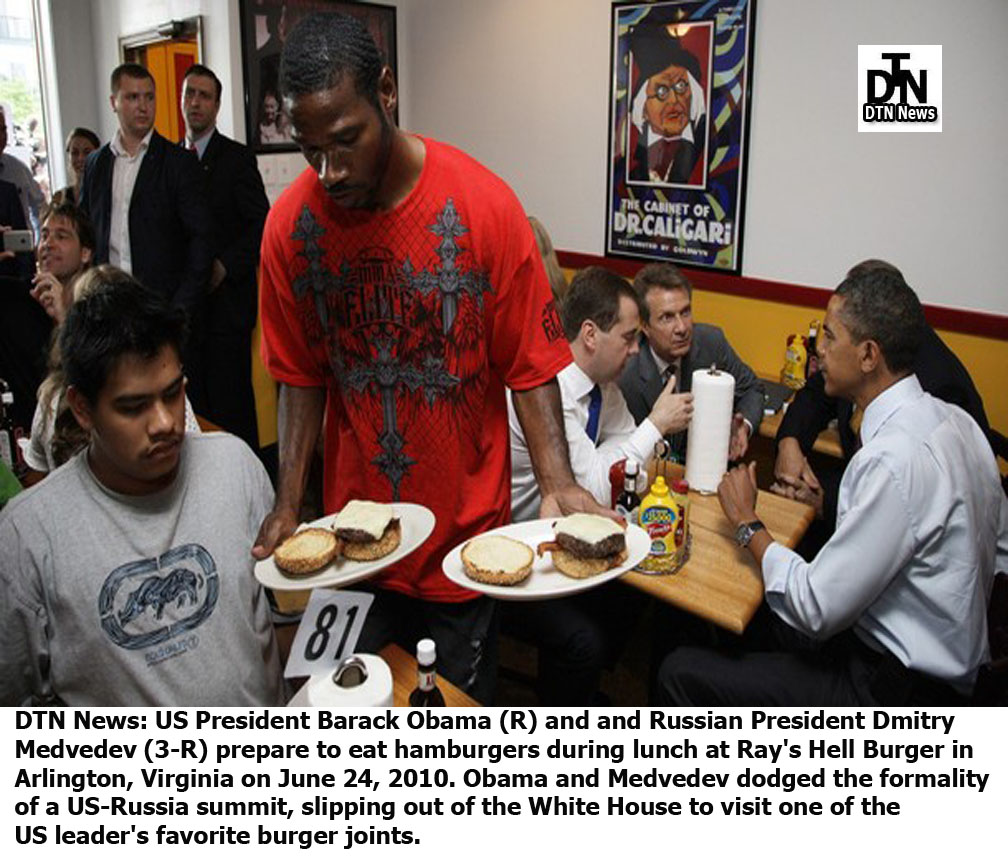 Medvedev grabbed a burger and fries with President Obama at the Arlington eatery Ray's Hell Burger, marveled at the new iPhone with Steve Jobs, and joined Twitter at the company's headquarters in Silicon Valley.
In a speech about relations with Russia, President Barack Obama joked that he could get rid of the "red phone" to Russia, now that both he and Russian President Dmitri Medvedev are on Twitter.
Medvedev did a whirlwind tour of Silicon Valley yesterday, stopping by the headquarters of both Twitter and Apple. Medvedev also started up his official Twitter account, @KremlinRussia.
Obama might not be up to using the service, though. In his speech, he referred to the company as 'Twitters'.
Posted by DEFENSE NEWS at 3:50:00 PM