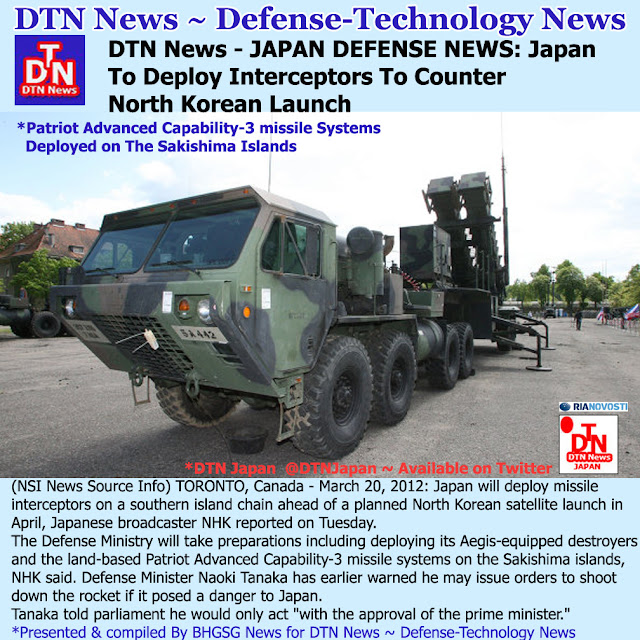 The Defense Ministry will take preparations including deploying its Aegis-equipped destroyers and the land-based Patriot Advanced Capability-3 missile systems on the Sakishima islands, NHK said.
Defense Minister Naoki Tanaka has earlier warned he may issue orders to shoot down the rocket if it posed a danger to Japan.
Tanaka told parliament he would only act "with the approval of the prime minister."
Last week, North Korea announced plans to launch an earth observation to mark the 100th birthday of its late founding leaderAE Kim Il-sung in April.
The move is seen as a violation of a UN Security Council resolution and has drawn international condemnation. The United States and other countries suspect that the launch is a thinly veiled ballistic missile missile test.
But Pyongyang accused its critics of attempting to encroach on its sovereignty and said it had no intention of cancelling the plans.