European commercial aircraft builder Airbus booked 29 orders in March and delivered 46 aircraft during the month, the company said in a statement Wednesday. 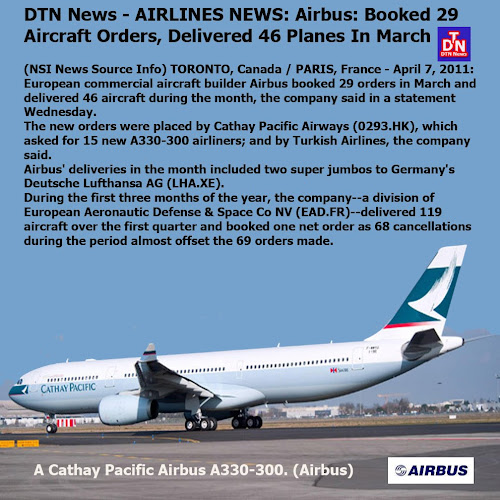 The new orders were placed by Cathay Pacific Airways (0293.HK), which asked for 15 new A330-300 airliners; and by Turkish Airlines, the company said.

During the first three months of the year, the company--a division of European Aeronautic Defense & Space Co NV (EAD.FR)--delivered 119 aircraft over the first quarter and booked one net order as 68 cancellations during the period almost offset the 69 orders made.