Air India is slated to take its first 787 in October, the first of 27 the carrier has on order, Boeing and airline sources tell ATI and Flightglobal. 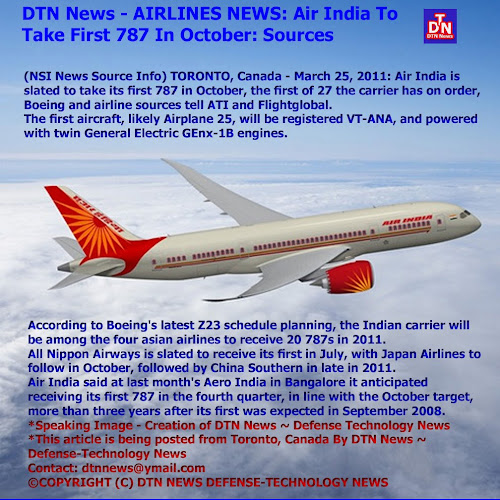 According to Boeing's latest Z23 schedule planning, the Indian carrier will be among the four asian airlines to receive 20 787s in 2011.

All Nippon Airways is slated to receive its first in July, with Japan Airlines to follow in October, followed by China Southern in late in 2011.

Air India said at last month's Aero India in Bangalore it anticipated receiving its first 787 in the fourth quarter, in line with the October target, more than three years after its first was expected in September 2008.