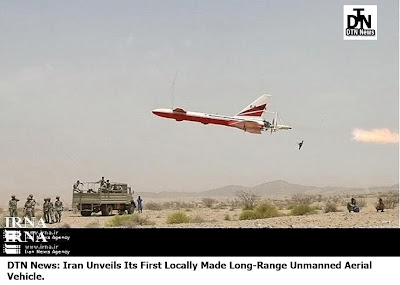 “We are not after adventurism,” Ahmadinejad said at a ceremony in Tehran marking Iran’s annual Defense Industry Day, his comments aired live by state-run Press TV. “Iran will never attack anywhere.”
The Iranian leader was shown standing on a podium next to the newly introduced aircraft, known as the Karrar, which can also carry out bombing missions against ground targets, the news channel said.
Iran has hailed its recent military advances as proof that it is technologically self-sufficient and ready to confront threats, even as the country remains under four sets of United Nations sanctions for refusing to scale back its nuclear program.
The U.S. and several of its allies say Iran’s nuclear activities are a cover for development of a bomb, a claim that Iran rejects, saying it needs the technology to generate power for its growing population. Israel, which hasn’t ruled out attacks against Iran’s nuclear sites, views the work as a threat to its existence.
“The main message of our defense achievements is to deter any type of confrontation,” Ahmadinejad said at the launch of the Karrar.
*To contact the reporter on this story: Ladane Nasseri in Tehran at lnasseri@bloomberg.net
*This article is being posted from Toronto, Canada By DTN News ~ Defense-Technology News, contact: dtnnews@ymail.com
Posted by DEFENSE NEWS at 9:41:00 AM