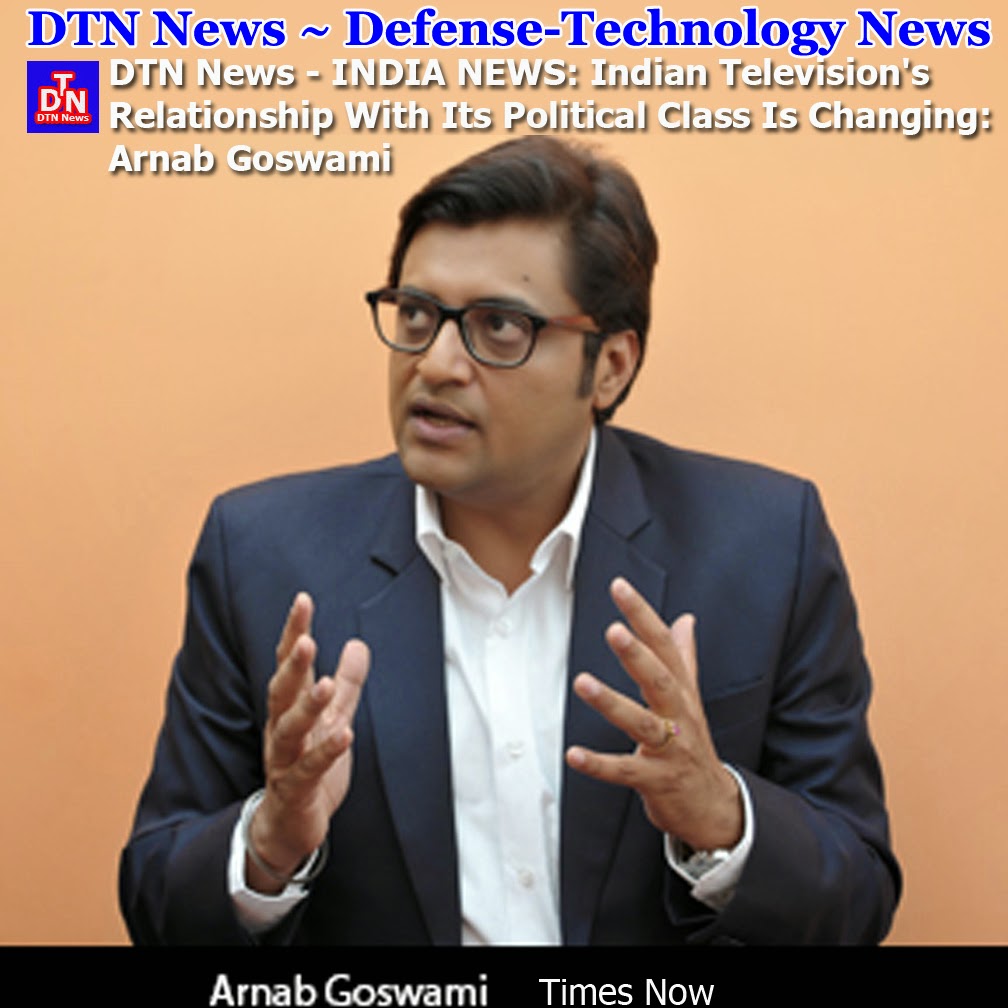 Do you think the objectivity in the poll coverage was lost once it became clear that BJP and NaMo were gaining the upper hand?
No, I don’t think so. If you examine the number of times a news channel went to Rahul Gandhi, it was more if not equal to the number of times it went to Narendra Modi. In terms of coverage on ground, we covered Congress, BJP and regional parties fairly. The number of rallies Modi did far outstrips the number of rallies Rahul Gandhi did, so there was more to cover. But if we were taking a live feed of a Modi rally, we would also take a live Gandhi rally. When Rahul Gandhi said something that set the news agenda, it was debated with as much enthusiasm as Modi’s speeches. For example, Rahul Gandhi made the controversial remark on what happened in 1984 - it was debated for a week not only on Times Now that did the interview, but on all channels. Similarly, if you see the number of times his interview was replayed and the promotion it was given, it is possibly the same as the treatment given to Narendra Modi’s interview. Both the interviews got talked about. So, I would argue with all the force at my command that the media did a very objective job till the very end.

Do you think this was truly a media election?
I think it was certainly a television news election - the quality and depth was far ahead of the poll coverage in 2009 and 2004, and I have seen all elections from 1996. This time, we actually put people who were fighting the elections on the backfoot, defending the subjects they raised. The media had an aggressive questioning approach. Of course, there were many other channels and much more competition, and competition begets quality, broadly speaking.

In a recent interview with IMPACT, NDTV’s Prannoy Roy said, ‘You can’t win elections in India any more unless you are an acceptable face of television’. Do you agree?
Prannoy is a leader and I have had the pleasure of working under him at the beginning of my career. I am sure what he says is said after great thought and I generally would not like to add anything to what Prannoy says, but only because you ask, I think political parties have started acknowledging the fact that their message needs to go out, in as clear a way as possible. The people who carry those messages don’t make mistakes, and therefore, the search for people who can represent the party’s view aggressively on TV. If you follow the career profiles of some of the party spokespersons, they go on to do very well in the party later. The party understands the need for effective people articulating their view. If you have the wrong person communicating on behalf of your party, a completely wrong message can go out, and ruin the reputation of the party. So, to a large extent I would agree with what Prannoy said.

What are the changes you saw among political parties during the recent elections as far as approach to media was concerned?
The election campaigns were drastically different from the previous years - there were media cells in each party. In fact, they would call and ask us about the subject for that night’s Newshour. They would try to find out who was there from the other side, try to match each other every evening on prime time. They would actually come to us with their best spokesperson.

Political parties have woken up to media. They will try to do everything possible to ensure their point of view goes across more prominently, but journalists like us will have to be on our guard to see that we are driven by our own judgement and not that of political parties.

What worked for you during Elections 2014? What was the approach you adopted while covering the elections?
Television news is an interesting confluence of graphics, production, news, promos, look and feel, editorial line, logistics, reporter placement, optimisation of available infrastructure and editorial angularity. Now why did we win by such a massive margin? The gap between us and the nearest competitor, which is CNN-IBN, in the male TG 25+ was over 20 per cent. I think it is because we got the mix right. We were able to create an editorial product that gave a completely different viewing experience, beyond comparison with any other channel in the vicinity.

Secondly, we were covering the elections with greater force. For almost three months, there was nothing but politics on Times Now, to be able to sustain that over a 100-day period with the same team means you need to get commonality of purpose within every member of your team. I am so delighted today that this group of people worked double shift, triple shift, non- stop... I had people who worked days on end, some who did not go home for weeks to put this product out. While I may be the most prominent face of the channel, it is this team that made it happen - they have done a phenomenal job. Our guest coordinators did a great job, we had over 1,000 guests and around 50 guests a day.

What also gives me most satisfaction is we were the only channel not based out of New Delhi or the national capital region that was covering this election. Our studios were in Delhi, our servers were in Mumbai, our anchoring was in Delhi, our graphics were in Mumbai, to bring technologies in two cities together on a pipe with limited infrastructure is a marvel of election broadcasting. I can share with you today that till the very end, we were very nervous whether it would all come together. It worked like clockwork. This coverage is one of the high points of the eight-plus years of broadcasting of Times Now. Wherever we went this time, people said they were watching the election completely on Times Now. On an average, they would say they spent 10 minutes on Times Now and not more than 1 minute on any other channel. We gained because of our production quality; we were breaking all the news first, and had a great quality of panelists.

What is the ideal mix for a television story?
There is no ideal mix... it is ‘the mix of the moment’ you think of right ingredients of the story of the moment. The team is tested on its ability to respond to the changing news flow. I have often said that TV is like the permanent first page of a newspaper, where the front page changes every five minutes.

Times Now also scored on the social media front in poll coverage. How did you plan your social media strategy?
We had a deal with Twitter, and Rishi Jaitley was very responsive to it. There was an exclusive arrangement, where we could get a real-time analysis - positive and negative feedback, link Twitter with the Newshour debate, understand how many people were feeling positively and negatively towards it. Did it lead to an increase in ratings of Times Now? I am not sure. But it did involve people on social media further with Times Now. In the last four to five months, we have grown perhaps at four or five times the speed of any of the other channels such as CNN-IBN or NDTV on social media. From being less than half their size on social media, we have crossed the gap in four months.

What are you doing to sustain the momentum?
We are far faster than any other channel on social media, with our updates and we have high involvement products like ‘Newshour’ and ‘Frankly Speaking’ which are integrated with social media. Two out of every three days, the top trending subjects are Newshour hashtags or TimesNow hashtags. This proves that in terms of talking points and mindspace, we are streets ahead of competition. This election gave us the opportunity to display our editorial muscle, in terms of social media, we are going to take it forward now and we are going to be twice the size of any other channel on social media. It is going to be a great area of focus. The quality of news broadcasting is going to gain from our coverage of the elections. The challenge is to sustain this level of interest in the post-election period. A politician asked me ‘What are you people going to do now?’ and I replied, ‘We are not as dependent on you as you would like to think!’ Yes, we are making the political class accountable every day. Our coverage of Uttar Pradesh is not political coverage, it is social coverage. We are not in the business of politician-bashing, we are in the business of making elected and unelected (it does not end with an election) politicians feel accountable.

What is the gameplan for Times Now going forward?
On a scale of 1 to 10, if our closest competitor is 1 or 2, we are 9 or 10 in terms of engagement of the viewer. I believe no other channel comes close to us in the matter of engaging the viewer; so I believe it has to have a natural follow-up. It is very interesting that on days of great performance on the IPL, we are more talked about, in terms of the subjects we speak about. We have given even sports channels a serious run for their money in terms of audience engagement. It is an area which I am excited about; I enjoy myself when I know I am learning something and social media is teaching me a lot, and I have a fantastic young team.