Source: DTN News - - This article compiled by K. V. Seth from reliable sources Telegraph UK(NSI News Source Info) TORONTO, Canada - March 5, 2014: China has announced a 12 per cent increase on its military, already the largest in the world, sparking concerns among its Asian neighbours and the US. 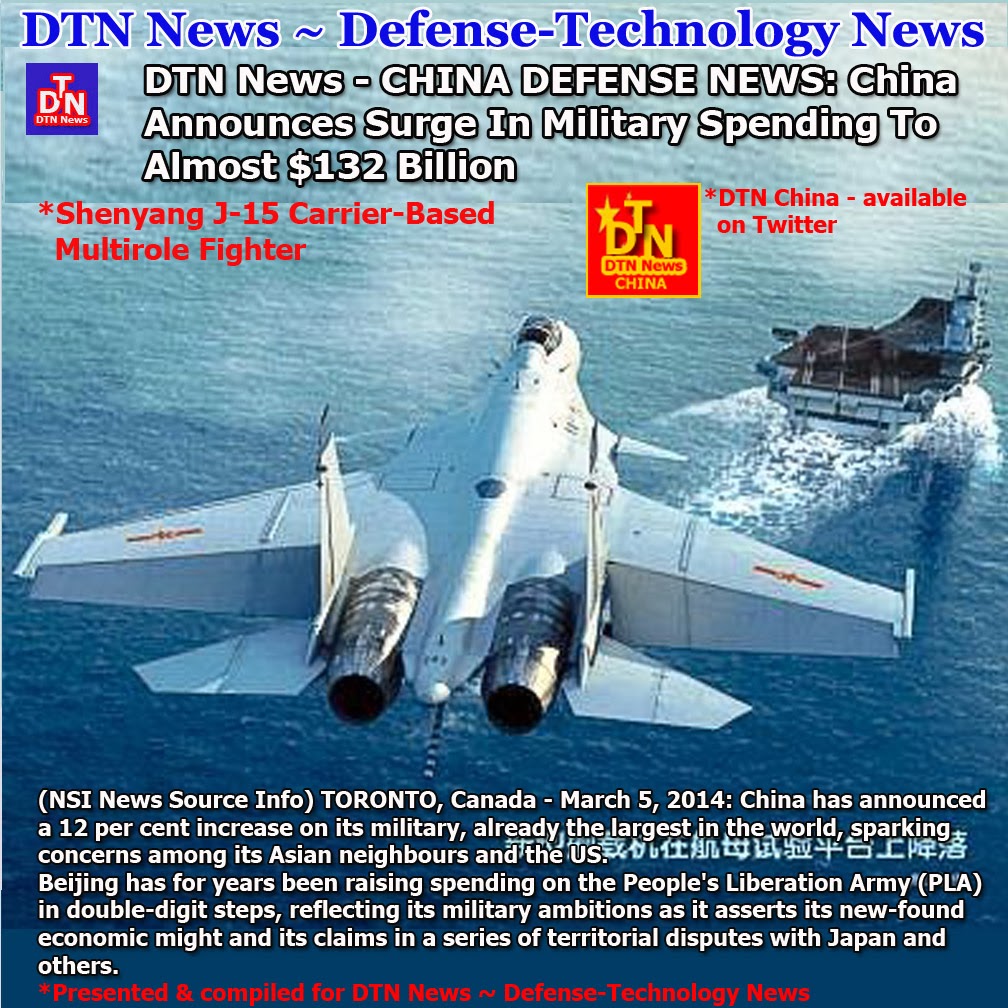 Beijing has for years been raising spending on the People's Liberation Army (PLA) in double-digit steps, reflecting its military ambitions as it asserts its new-found economic might and its claims in a series of territorial disputes with Japan and others.
"The appropriation for national defence is 808.23 billion yuan (£79 billion), up 12.2 percent," said a budget report prepared for the annual session of the National People's Congress (NPC), China's Communist-controlled parliament, which began on Wednesday.
"We will resolutely safeguard China's sovereignty, security and development interests," Premier Li Keqiang said at the opening session.
"We will safeguard the victory of World War II and the post-war international order, and will not allow anyone to reverse the course of history," he said - a phrase China often uses in relation to rival Japan.
Beijing would also "place war preparations on a regular footing" and "build China into a maritime power", Li added.
In comments ahead of the gathering, NPC spokeswoman Fu Ying sought to play down foreign worries about China's defence expenditure.
"Certain countries have been selling the idea of China as a major threat," she said. "Based on our history and experience, we believe that peace can only be maintained by strength."
This year's stated increase follows rises of 10.7 percent in 2013, 11.2 percent in 2012 and 12.7 percent in 2011.
Analysts believe China's actual military spending is significantly higher than publicised, with the Pentagon estimating it at between $135 billion and $215 billion in 2012.
The United States itself remains far ahead as the global leader in defence spending, with Washington approving a 2014 budget of $633 billion in December.
China devotes about three times as much as India to defence, and more than neighbours Japan, South Korea, Taiwan and Vietnam combined.
Beijing's spending could match that of Washington by the 2030s, the International Institute for Strategic Studies said in February, but added that its capabilities, expertise and ability to project power would require several more years to catch up.
Nonetheless the increases have raised concerns in the US and Asia, particularly in Japan, with the two countries embroiled in an escalating row over East China Sea islands called Diaoyu in Chinese and Senkaku in Japanese.
After the latest figure was revealed, Japan expressed concern about Beijing's level of openness about the PLA.
"The transparency of China's defence policy and military capacity, or lack thereof, has become a matter of concern for the international community, including Japan," Chief Cabinet Secretary Yoshihide Suga told reporters.
China's actions will both fuel the concern of its neighbours and encourage them to beef up their security cooperation with each other and the US, said Denny Roy, an expert on China's military at the East-West Center in Hawaii.
"This would add to the momentum of something that's already in motion," he told AFP.In December, the cabinet of Japan's hawkish Prime Minister Shinzo Abe agreed to spend 24.7 trillion yen (£144 billion) between 2014 and 2019 in a strategic military shift towards areas of the country facing China - a five per cent boost to the defence budget over five years.
China decried Japan's increase at the time as an issue of "great concern to neighbouring countries in Asia and the international community".
*Related Images By DTN News ~ Defense-Technology News; 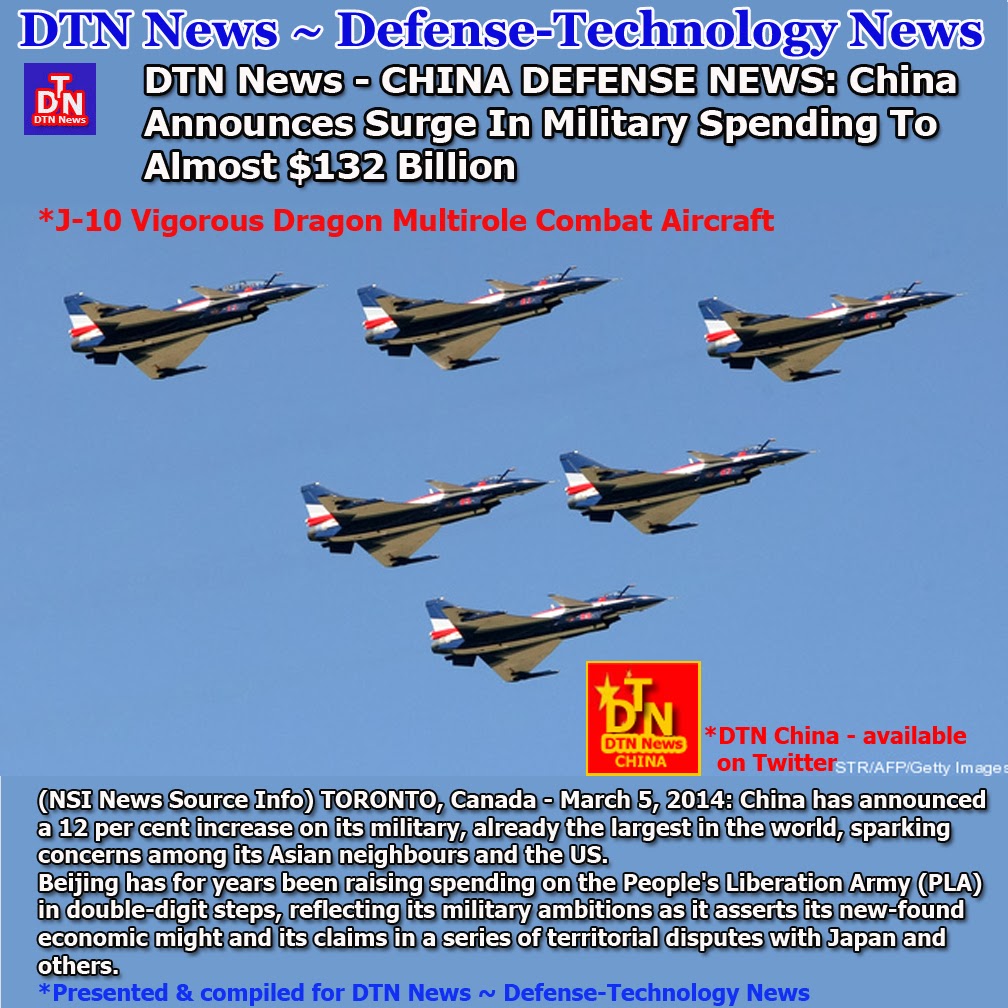 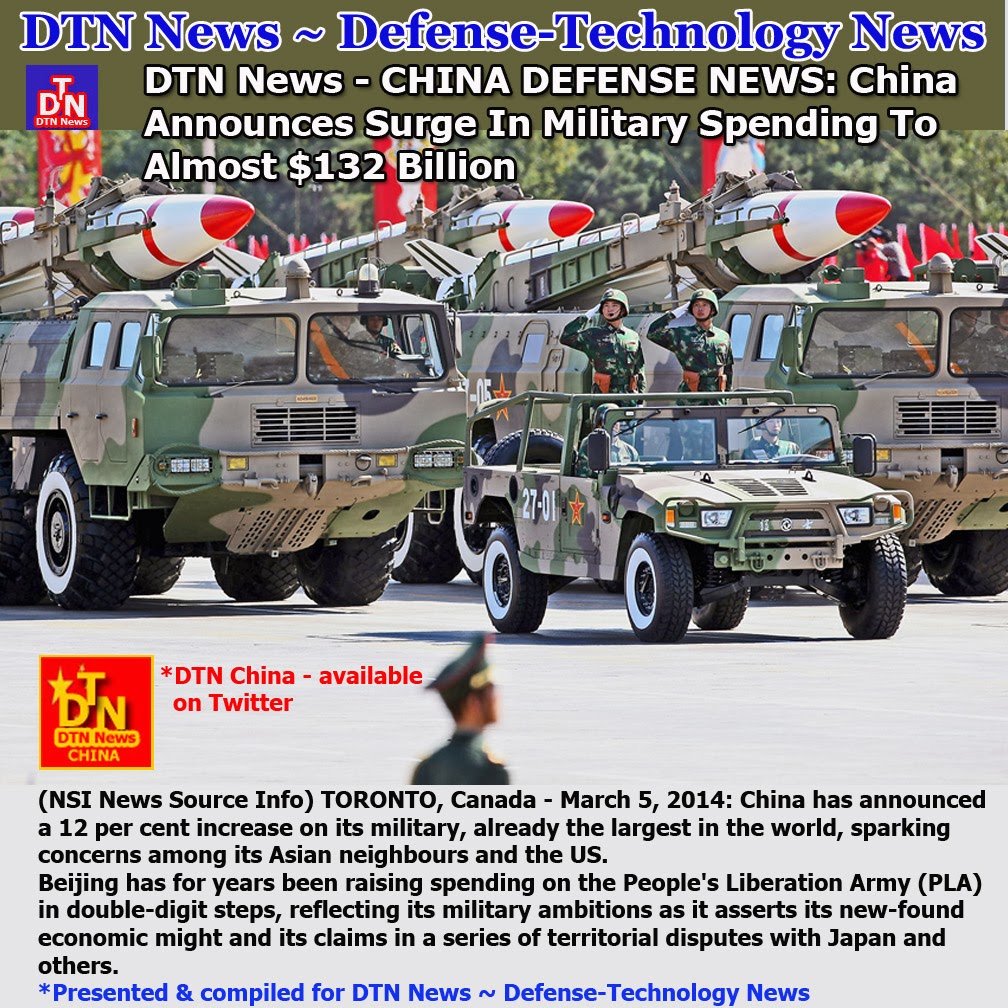 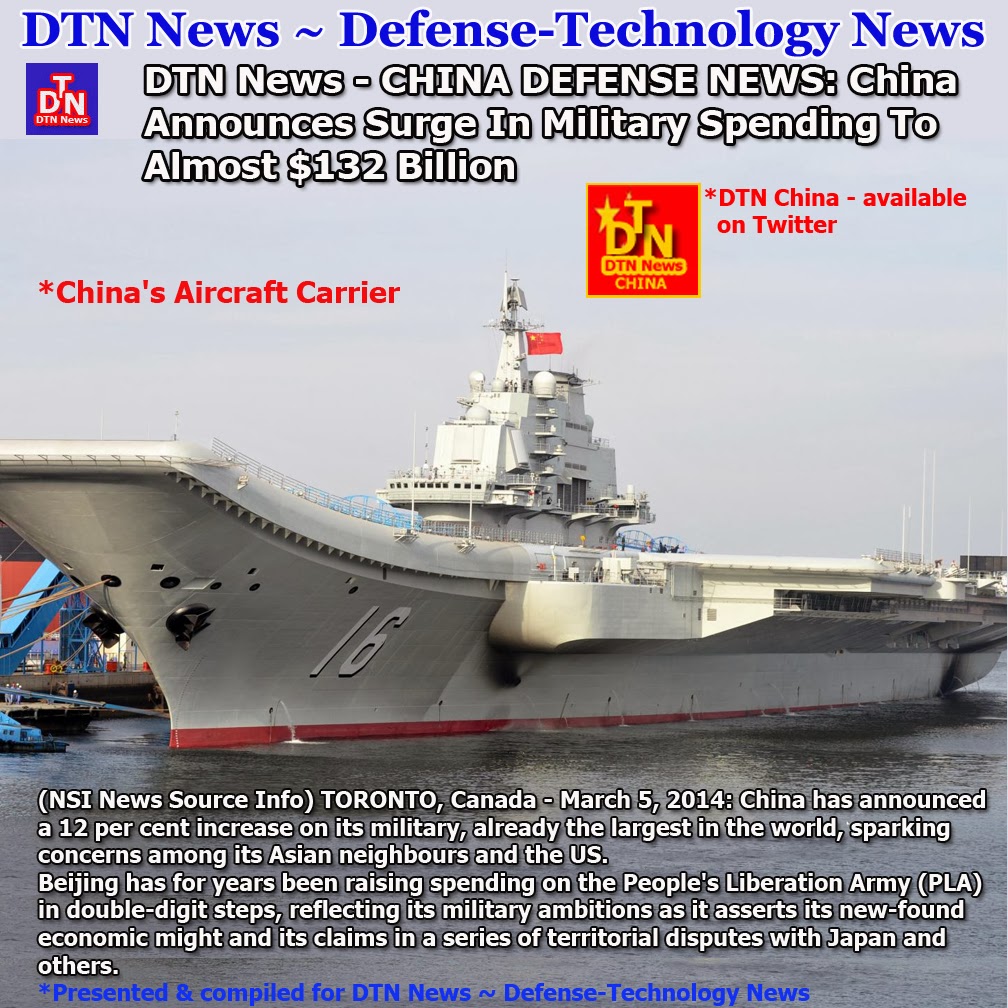