Source: DTN News - - This article compiled by Roger Smith from reliable sources By Tony Karon - Time (Blog)(NSI News Source Info) TORONTO, Canada - May 2, 2012: To understand the historical significance of President Barack Obama’s visit to Afghanistan on Tuesday, imagine that President Richard Nixon had, in the spring of 1972, flown to Saigon to signal American voters that the Vietnam war was coming to an end — and to ink a deal with President Nguyen Van Thieu codifying a long-term U.S. relationship with the Republic of South Vietnam, which would shortly be left responsible for its own security. 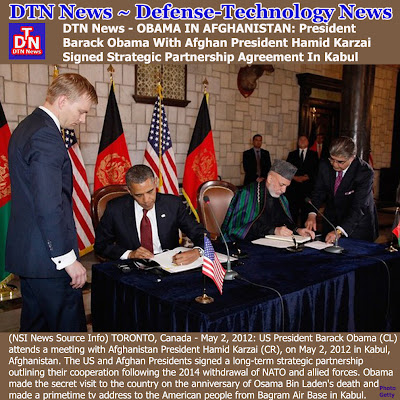 “Today, I signed a historic agreement between the United States and Afghanistan that defines a new kind of relationship between our countries – a future in which Afghans are responsible for the security of their nation, and we build an equal partnership between two sovereign states; a future in which the war ends, and a new chapter begins,” Obama said Tuesday.  Nixon might have said something similar on that imaginary 1972 visit. Except, of course, everyone knew that Vietnam’s future would not be defined by an agreement between Washington and Thieu, as much as by the one signed in Paris, two months after Nixon’s reelection, between Henry Kissinger and Le Duc Tho, representing the Democratic Republic of Vietnam (a.k.a. “North Vietnam”). Even that deal collapsed, of course, with the DRV and its supporters in the south finishing off the Thieu regime 19 months after U.S. troops withdrew.
Any deal between Presidents Obama and Karzai premised on the ability of the current political order in Kabul to protect itself independently of foreign troops is hardly likely to be the last word, pleasing as the spectacle may be for presidential campaign purposes. The key — but by no means the only — conversation shaping Afghanistan’s future will be the one conducted on the battlefield, and at the negotiating table, between the U.S., its Afghan interlocutors and the Taliban. That point seemed to be underscored by a Taliban car bomb attack near U.S. bases in Kabul just hours after Obama’s departure, which served as a counterpoint to the President’s insistence in his speech that the insurgents’ momentum has been broken. 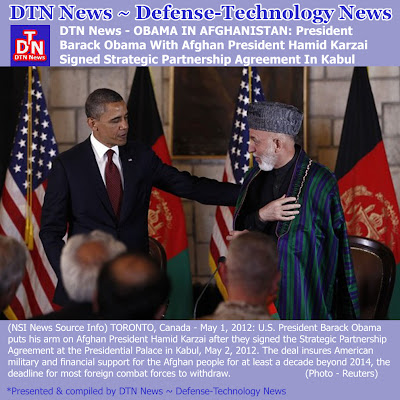 Sure, the U.S. has made important tactical gains against the Taliban in designated operational areas in southwestern Afghanistan, but tactical gains in an expeditionary counterinsurgency war tend to be just that; the insurgents know that, as Henry Kissinger famously put it, guerrilla armies win by not losing. They know that the civilian population has little faith in Western forces or in the government those forces protect, and they know the U.S. and its allies are seeking an expeditious exit from Afghanistan. The brutal truth of the Afghanistan equation is that time is still on the side of the Taliban.
The U.S. plans to drawn down troop levels from the current 90,000 to less than 20,000 by the end of 2014, while helping Afghan security forces “surge” to an anticipated 352,000 troops this year. The new agreements seemed to signal a ten-year commitment to maintain an unspecified number of troops for training, intelligence and logistics purposes, and to conduct operations against al-Qaeda. (More importantly, the U.S., as well as other NATO countries, will commit later this month to a decade-long financial package to the government in Kabul worth over $4 billion a year, a sum some say Karzai considers insufficient.)
“We will not build permanent bases in this country, nor will we be patrolling in cities and mountains,” Obama said. “That will be the job of the Afghan people.” But so narrow is the political base of the Karzai regime, which was elected by a small minority of Afghans and whose corruption is endemic, that its ability to lead a credible counterinsurgency fight against the Taliban remains seriously in doubt. The problem is not simply that the Afghan forces lack sufficient training, or that the Afghan government can’t afford to pay for the indigenous army that NATO has created to keep it alive; the problem is fundamentally one of motivation. How many Afghan troops are really ready to fight and die to keep President Karzai in power? One troubling indicator might be the by-now routine incidence of Afghan friendlies turning their weapons on their U.S. and other Western mentors — an incidence the AP claims the military is systematically underreporting. 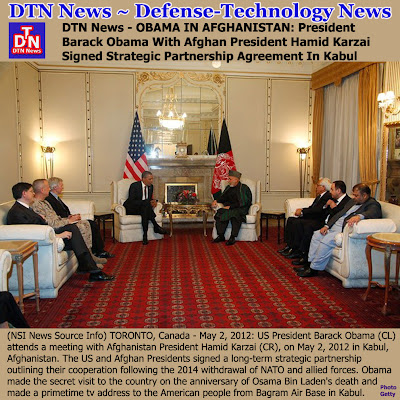 President Obama did, of course, acknowledge that negotiations with the insurgency were underway. “My Administration has been in direct discussions with the Taliban,” he said. “We have made it clear they can be part of this future if they break with al-Qaida, renounce violence and abide by Afghan laws.” The Taliban may negotiate, and they may not — for a range of reasons ranging from mistrust of the U.S. to the fact that they feel the wind at their backs and because they know the Americans will leave, and also because the Taliban is no longer a single hierarchical entity, but a series of networks, with many of the younger commanders who have replaced those killed by U.S. forces in recent years adopting an even more militant and intractable position. The longer the fighting rages on, analysts of the Taliban warn, the less likely it becomes that those more inclined to negotiate a compromise are able to prevail in the movement’s internal debates over those who believe they will win a bigger victory by fighting on.
Still, even if the Taliban was willing to negotiate a political settlement, it’s a relative certainty that the insurgents won’t accept the terms laid down by President Obama: Even if the Taliban was willing to commit to preventing Afghan territory being used to stage international terror attacks, it’s unlikely to accept Afghan laws and a constitution adopted on the back of a Western invasion. Afghanistan had been engaged in a civil war for a decade before the U.S.-led invasion prompted by the 9/11 attacks, and the invasion didn’t change that; it simply tipped the balance in that civil war against the Pakistan-backed and predominantly Pashtun Taliban and in favor of the Northern Alliance, dominated by ethnic Tajiks, Uzbeks and Hazaras, and backed by India, Iran and Russia. It is the Northern Alliance that forms the basis of the current order in Kabul, but take Western troops out of the equation, and the equation changes. The Taliban would only be likely to accept the Karzai order in Kabul if it had lost the war; right now, that’s not happening, meaning that a political solution is unlikely without a substantial renegotiation of the distribution of power. The likelihood that the Taliban will reconcile itself to a lesser role in the Karzai order is about as remote as those of the North Vietnamese being willing to accept Thieu’s authority.
Nor is it simply a case of Karzai reaching an accommodation with the Taliban: Key elements in the Northern Alliance are deeply mistrustful of any deals with the Taliban, and mistrust Karzai — and what they see as his effort to juggle the interests of competing warlords. His regime is brittle, at best, and could easily collapse — particularly because 2014 is also the year in which his tenure expires
Then again, right now the insurgents may be more likely to wait out 2014 and test the proposition that the Karzai regime will be able to defend itself without U.S. forces making the decisive difference — just like the Vietcong did in the period between the Paris agreement and the fall of Saigon.
Related Images; 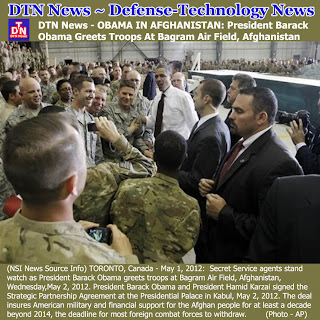 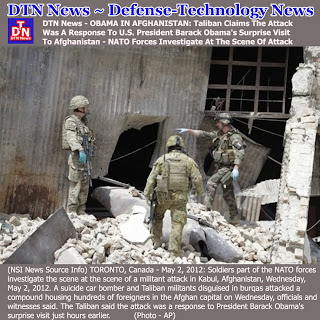 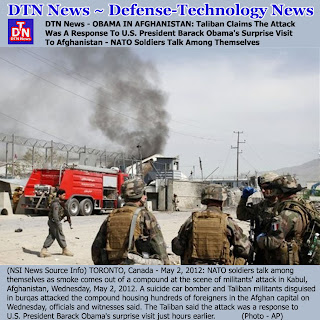