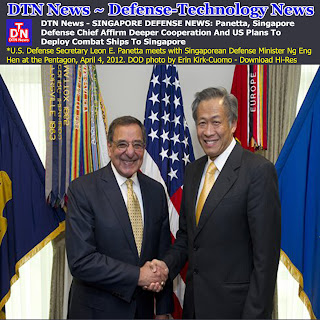 Panetta and Ng, in Washington on his first official visit as Singapore's defense minister, discussed defense and security issues and affirmed the nations' longstanding bilateral defense relationship, the statement said.Both underscored the shared belief that a strong U.S. presence in the Asia-Pacific region enhances regional stability and security.The defense leaders also discussed the proposal for the United States to deploy up to four littoral combat ships to Singapore. The ships will be deployed on a rotational basis and will not be based in Singapore. The deployment signals U.S. commitment to the region, the joint statement said, and enhances the ability to train and engage with regional partners.The rotational deployments are one part of the U.S.-Singapore partnership documented in the 2005 Strategic Framework Agreement, Pentagon spokeswoman Navy Cmdr. Leslie Hull-Ryde said. "This marks a significant movement in terms of our cooperation with Singapore," she added. "The specific details related to this unprecedented engagement are still being discussed."Panetta and Ng noted progress made since 2005 in deepening bilateral defense cooperation, and recognized the value of practical interaction among regional militaries, including exercises and exchanges, in building trust. 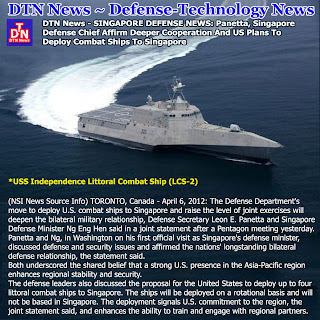 The defense leaders agreed to increase the complexity of bilateral exercises such as Commando Sling to enhance interoperability between their armed forces. The annual Commando Sling series began in 1990 to provide combined air combat training for fighter units from the air forces of the United States and Singapore.
The exercise allows units to sharpen air combat skills, improve procedures for conducting air operations at a non-U.S. base, and enhance partnerships.The United States and Singapore will enhance joint urban training, using installations such as Singapore's Murai Urban Training Facility, which is built to resemble a typical town. It has residential, commercial and industrial districts that feature bus stops, traffic lights and overhead bridges.The United States and Singapore will continue to explore joint initiatives to facilitate U.S. engagement in the region, the statement said.Near the end of the meeting, Ng expressed appreciation for U.S. support of training detachments Singapore's military has in the United States. Panetta expressed gratitude for Singapore's important contributions to stabilization and reconstruction efforts in Afghanistan, and to international counterpiracy efforts in the Gulf of Aden. 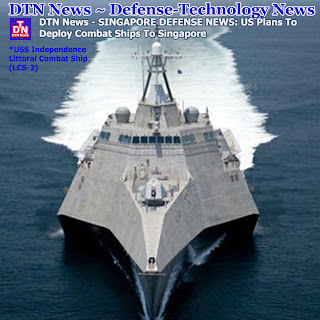 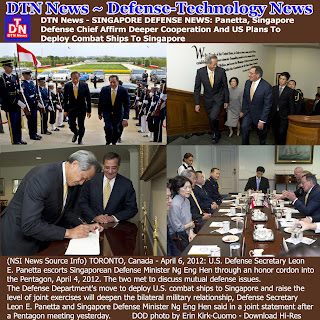