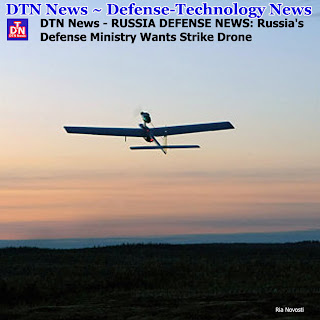 Tranzas company will build the UAV's on-board electronics as well as its navigation and control systems. The airframe, which will weigh about five tons, will be produced by the Kazan-based Sokol design bureau.
The new aircraft will have a modular structure, the source said, and will be able to carry various types of equipment and armament.
Russia’s Defense Ministry sealed contracts worth an estimated 3 billion rubles ($101.9 million) with Tranzas and Sokol in October 2011 for research work into creation of strike and reconnaissance UAVs.
In late March, Russian Air Force commander-in-chief Col. Gen. Alexander Zelin, told Moscovsky Komsomolets tabloid that strike drones will enter service before 2020. He did not specify how many drones will be acquired.
The United States has relied heavily on UAVs including the Predator system to carry out missile attacks on insurgents in the Afghanistan-Pakistan border area.