Six F-16 fighter jets from the United Arab Emirates, a key U.S. ally, landed at an Italian base on March 27 ahead of their deployment to help enforce the no-fly zone over Libya.

The six planes could be seen landing at the Decimomannu base on the island of Sardinia after a logistics plane also arrived at the base. 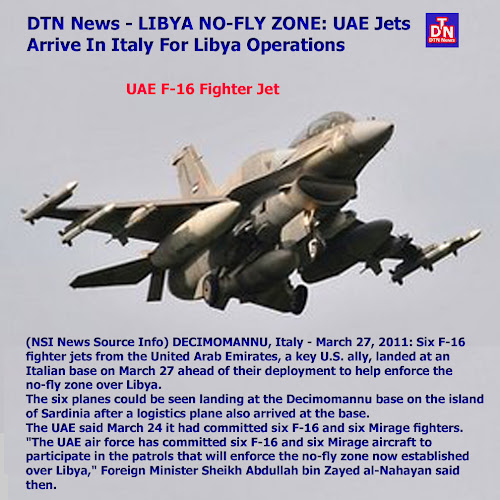 The UAE said March 24 it had committed six F-16 and six Mirage fighters.

"The UAE air force has committed six F-16 and six Mirage aircraft to participate in the patrols that will enforce the no-fly zone now established over Libya," Foreign Minister Sheikh Abdullah bin Zayed al-Nahayan said then.

A former UAE air force commander said last week that his country had delayed its military deployment because of disagreements with the West over the unrest in Bahrain, where there is a Shiite-led revolt against the Sunni royal family.