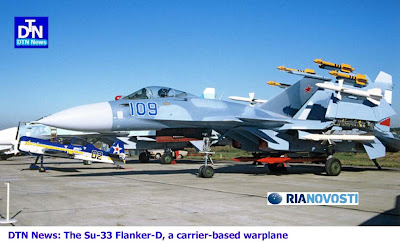 The Su-33 Flanker-D is a carrier-based warplane, originally known as the Su-27K Flanker, which first rolled off the production line in the late 1980s.
Modernization works and trials are being carried out in the Russian Far Eastern city of Komsomolsk-on-Amur, a statement from Sukhoi said