(NSI News Source Info) TEL AVIV, Israel - October 15, 2010: Israel Aerospace Industries said on Wednesday it has signed a contract with the Russian defense firm Oboronprom on the delivery of assembly components and servicing for aerial drones. 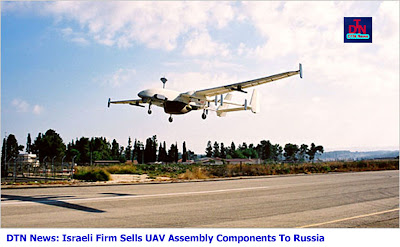 "The deal will begin to be implemented during 2011," the company said in a statement posted on its website.

The contract was signed in the presence of the Russian Minister of Industry and Trade Viktor Khristenko.

The financial details of the deal have not been disclosed, but Israeli media earlier speculated that the three-year contract could be worth $400 million.

The second contract was for the purchase of 36 UAVs, worth a total of $100 million, to be delivered later this year.

Russia and Israel have also been negotiating the establishment of a joint $300-million venture to produce UAVs.

Israel said in September it may tear up much of the aerial drone deals it signed with Russia due to anger over Moscow's decision to supply Yakhont naval missiles to Syria.