Defense News: DTN News: The World's Largest Flying Bird The Russian Cossack Antonov-225, Biodata And Images
* The An-225 Mriya was at The Niagara Falls airport recently (twice) to load compressors to fly directly to Saudi Arabia.

Source: Kuku Bunshah
(NSI News Source Info) TORONTO, Canada - September 2, 2010: Currently the world's largest airplane, the An-225 Mriya (dream) is an enlarged version of the An-124. The original purpose of the An-225 was to ferry large components used in the Soviet space program. These duties were formerly performed by a modified M-4 Molot bomber, but this aircraft did not have the payload capabilities required by the rocketry developments of the 1980s.
Antonov was called upon to develop a new aircraft capable of carrying the Buran space shuttle, components of the Energiya rocket, or other large cargos required by the construction and mining industries. 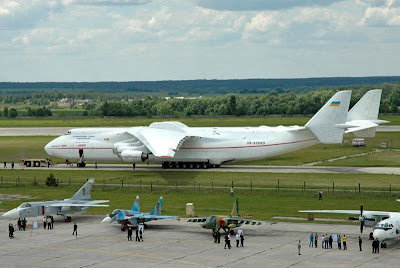 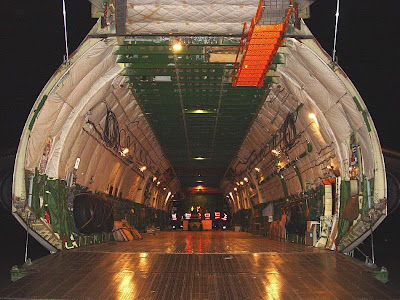 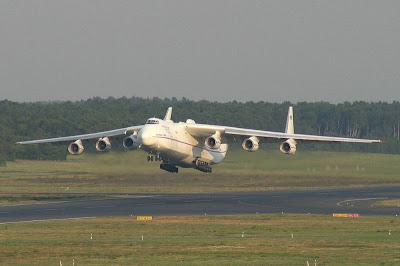